Learn more about the Southern Ocean

While all of the planet's ocean waters are interconnected, National Geographic made the decision to identify the Southern Ocean separately because of the distinct currents, wildlife and other ecological features that set it apart from the Arctic, Atlantic, Indian and Pacific oceans.

National Geographic said it hopes that separately identifying the Southern Ocean will highlight the region's unique and urgent conservation needs and also contribute to other educational and scientific research efforts.

"We've always labeled it, but we labeled it slightly differently [than other oceans]," National Geographic Society Geographer Alex Tait said. "This change was taking the last step and saying we want to recognize it because of its ecological separation." 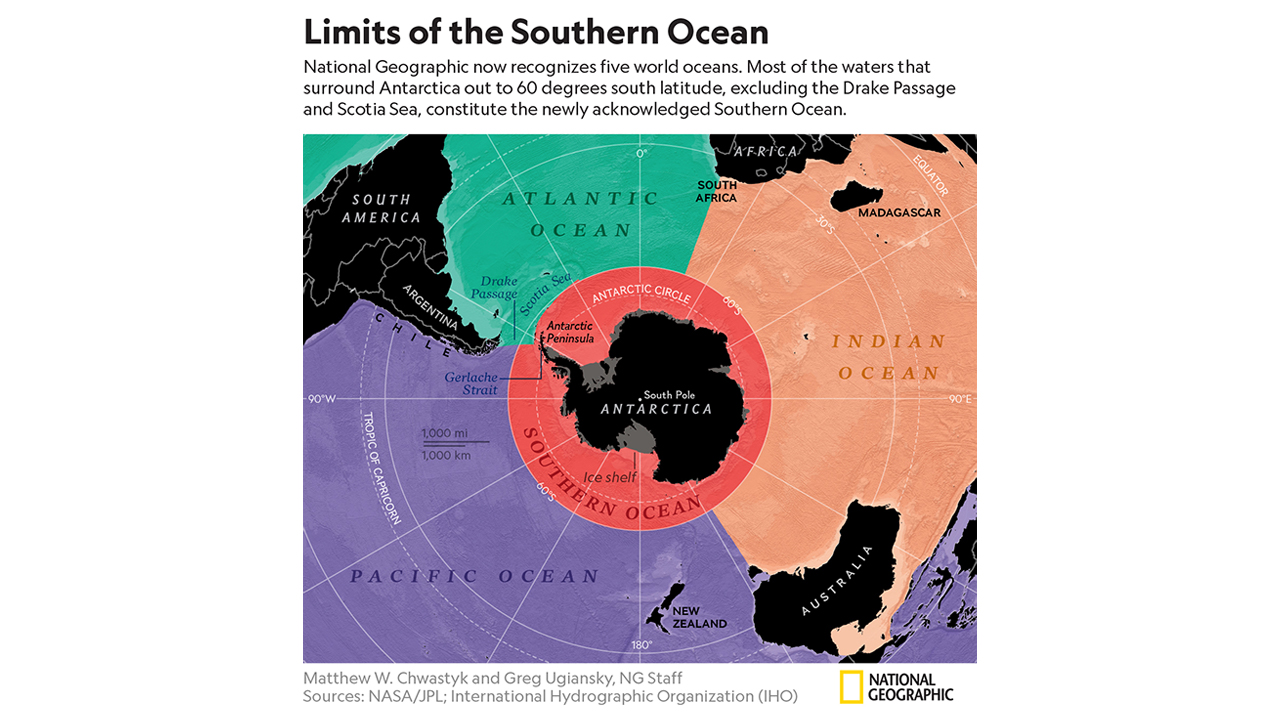 The society will recognize the 60th parallel south as the border of the ocean, a designation chosen to correspond with what many scientific organizations believe is the approximate limit of the Antarctic convergence. It also aligns with the northern limit used by the Antarctic Treaty System.

The region is also known as the Antarctic Ocean or Austral Ocean, though the Southern Ocean naming is also used by the U.S. Board on Geographic Names, the International Hydrographic Organization and NOAA, amongst other organizations.

The fifth ocean will be reflected on National Geographic maps in accordance with the organization's Map Policy.