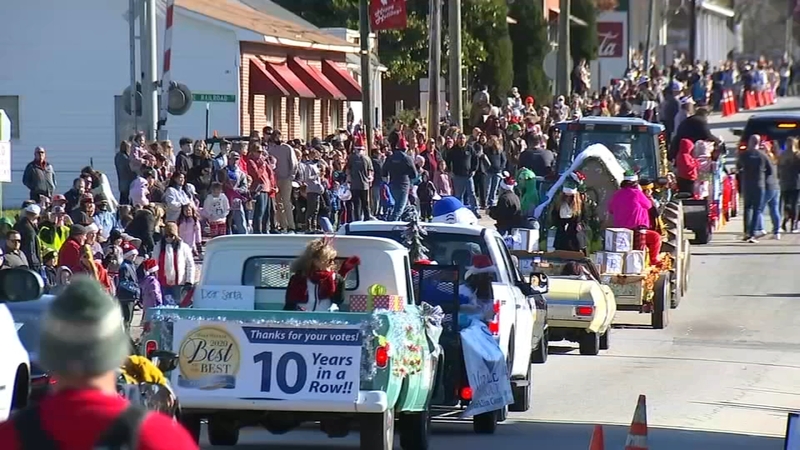 Youngsville Christmas Parade goes on despite pleas from COVID-19 experts

YOUNGSVILLE, N.C. (WTVD) -- The Youngsville Christmas Parade went on as scheduled Saturday, after multiple pleas and warnings from health officials as well as an emergency meeting Friday.

Hundreds showed up Saturday to the parade.

Among them was Aaron Gillingham, of Wake Forest, who drove to Youngsville with his friends to support Mayor Fonzie Flowers' decision.

"I think it was awesome," said Gillingham.

The parade route appeared crowded but Gillingham and his group kept their distance, choosing not to wear masks.

Health leaders worry that logic could cause a COVID-19 spike in Youngsville.

"We have tested children as young as 4 years old who are positive. We've seen 35 people in our county die from the virus. We have seen thousands infected. It will strain an already strained health department," said LaVigne

Mayor Fonzie Flowers disagreed saying, "If a Wal-Mart, a Target, a Lowe's, a Home Depot--if they can have the number of people they have in their store in an enclosed environment, we can certainly have a couple hundred Youngsville residents along our parade route."

"I felt perfectly safe. Absolutely. More than six feet apart," said Gillingham. "It's been a tough year for everyone so I think that we need to remember that kindness is important."

Franklin County Health Department said it submitted two requests to cancel the parade. Neither were successful.

People who attend the parade were asked to socially distance and wear a face covering.