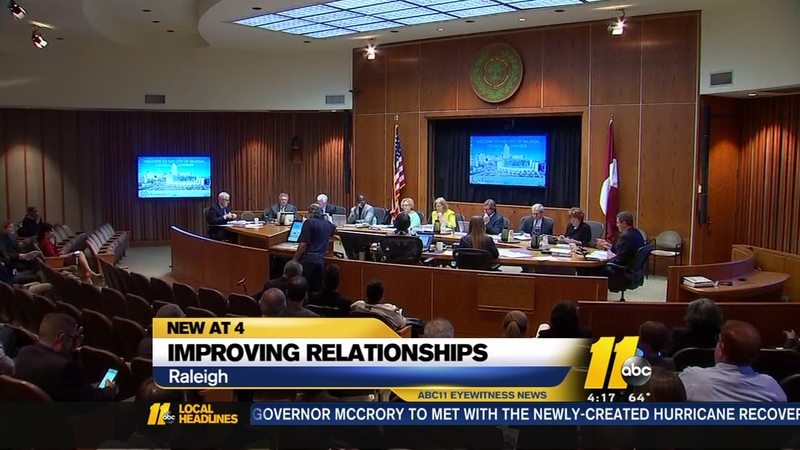 RALEIGH (WTVD) -- Raleigh city leaders unveiled details Tuesday on new steps the city is taking to prove the relationship between residents and the police.

The push comes months after Akiel Denkins was shot and killed by a Raleigh police officer.

An investigating determined that Denkins was armed and that the shooting was justified, but there were a number of peaceful protests.

Mayor Nancy McFarlane announced a schedule for getting more input from citizens.

She said she wanted to have "community conversations" about all of it in the wake of the fatal shooting.

"Through these conversations we hope to bring to light many of the challenges that face our community. This includes the community's relationship with the Raleigh Police Department and other city departments as well as access and opportunity afforded, related to affordable housing, transportation, and jobs and the role of race in our community," McFarlane said.

There are two city-wide meetings scheduled.