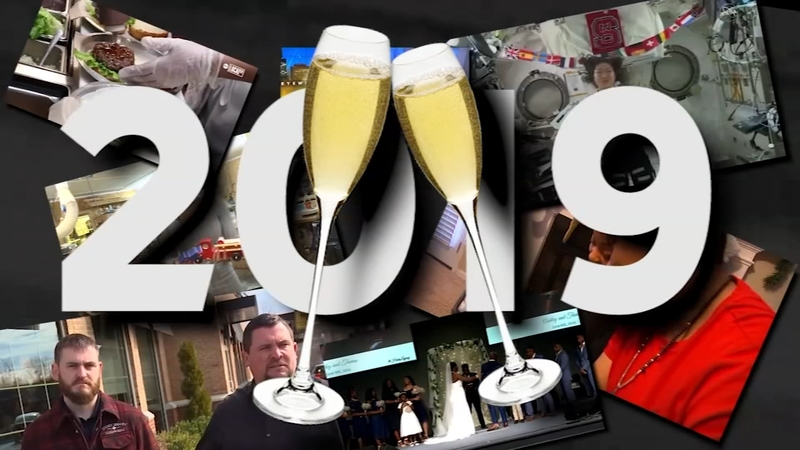 RALEIGH, N.C. (WTVD) -- As 2019 comes to a close, ABC11 is toasting the year with a recap of 11 of the most viewed local heartwarming stories and moments that went viral.

In March, a random act of kindness at a Durham Chick-fil-A wracked up thousands of views as brothers Jonathan and Stephen Full purchased meals for members of the military.

In April, this I-Team story revealing how to improve your odds of hitting it big on scratch-off lottery tickets by checking online to see which prizes are still available cashed in a lot of views and shares

Raleigh bride Ashley Hicks's big fat Amazon wedding took the internet by storm in July as she revealed to ABC11 how she saved big time by exclusively using Amazon.

This emotional moment at RDU when the mother of a young teen battling leukemia at Duke was granted a temporary waiver to finally reunite with her daughter in the United States from Mexico caught the hearts of thousands.

When N.C. State University alum and astronaut Christina Koch made history as part of the worlds first female spacewalking team in October, 'Herstory' was made.

A Burlington power washer artist's amazing creations featured on Localish racked up more than a million views and counting.

This moment caught over Raleigh as Boeing launched its Starliner spacecraft into orbit for the first time blasted into the viral list.

When ABC11 showed how veteran and Lee county resident Jim Annis crafts hundreds of wooden toys for children in need every Christmas, viral viewers surprised him with an outpouring of support.