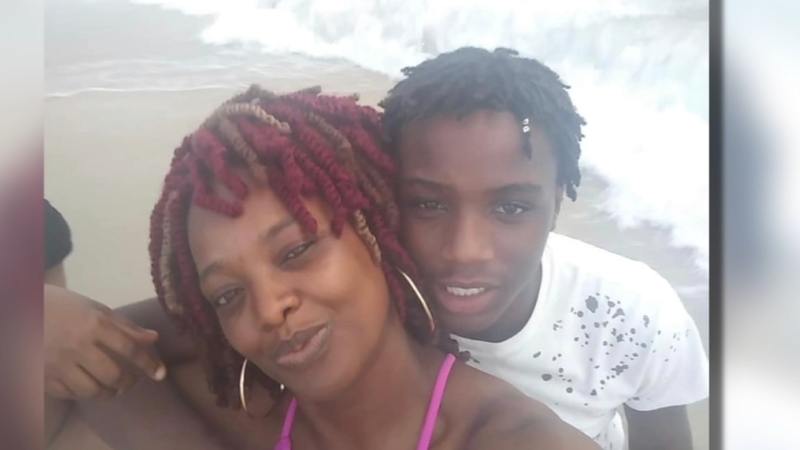 GARNER, N.C. (WTVD) -- A Garner 23-year-old was arrested in Morrisville on Wednesday on charges of murder.

James Sonnett Brodie Jr. is accused of first-degree murder and assault with a deadly weapon in the drive-by shooting of 15-year-old Kaylen Marion Middleton.

"We know that it won't bring Kaylen back, Nothing will bring Kaylen back," Middleton's aunt Starrlyn McMillan said."Just to have these type of people off the streets. Maybe we can save another family from having to go through what we are going through right now."

#Breaking-A relative of Kaylen Middleton, 15, of Johnston County, who was murdered, reacts to news of a third arrest in connection to his murder. #ABC11 pic.twitter.com/k014O2OSWh

"Kaylen was just an amazing person with an outgoing personality," McMillan said. "When he was born, he was a preemie and fought for the first 28 days of his life to survive. For it to end this way is just really hard for us "

Middleton was shot and killed on July 13 at a home on Blackthorn Court in Clayton. A 20-year-old was also injured in the shooting, but he has since been released from the hospital.

Three suspects were seen in the vehicle where the shots were believed to have been fired from.

Shortly after the shooting, Joshua Caleb Draughon, 18, was arrested.

Three days later, Quashaad Powell turned himself in to authorities after a warrant was issued for his arrest.

Weeks later, on July 31, Brodie Jr. was arrested by Morrisville Police Department and the North Carolina State Bureau of Investigation.

All three suspects face charges of first-degree murder and assault with a deadly weapon.

Investigators believe the drive-by shooting occurred after a fight over drugs.