According to the report, Reuel Rodriguez-Nunez can be heard telling officers "Today... is my day... to... move on."

It all started May 7 around 1:20 p.m. when an officer spotted a man, later identified as Nunez, 37, in the police station parking lot at RPD's Southeast District Station setting multiple cars on fire. That officer called for backup.

When backup arrived, police said Nunez still refused to stop. In fact, he threw one Molotov cocktail at a nearby officer. That's when police opened fire, shooting the man multiple times.

Nunez was rushed to the hospital, where he died from his injuries.

Raleigh Police said Friday night that the original report had errors "with respect to the time chronology" and issued a new version of the timeline.

The report shows Nunez entered the parking lot at 1:02 p.m. in a silver van and parked at the north end of the lot between the two rows of parking spaces. Two police vehicles and one private vehicle were parked on the row farthest from the station. No other vehicles were parked in the lot.

Nunez got out of the van and threw what was believed to be fecal matter and urine toward the police station entrance. He then set fire to two vehicles parked in the lot 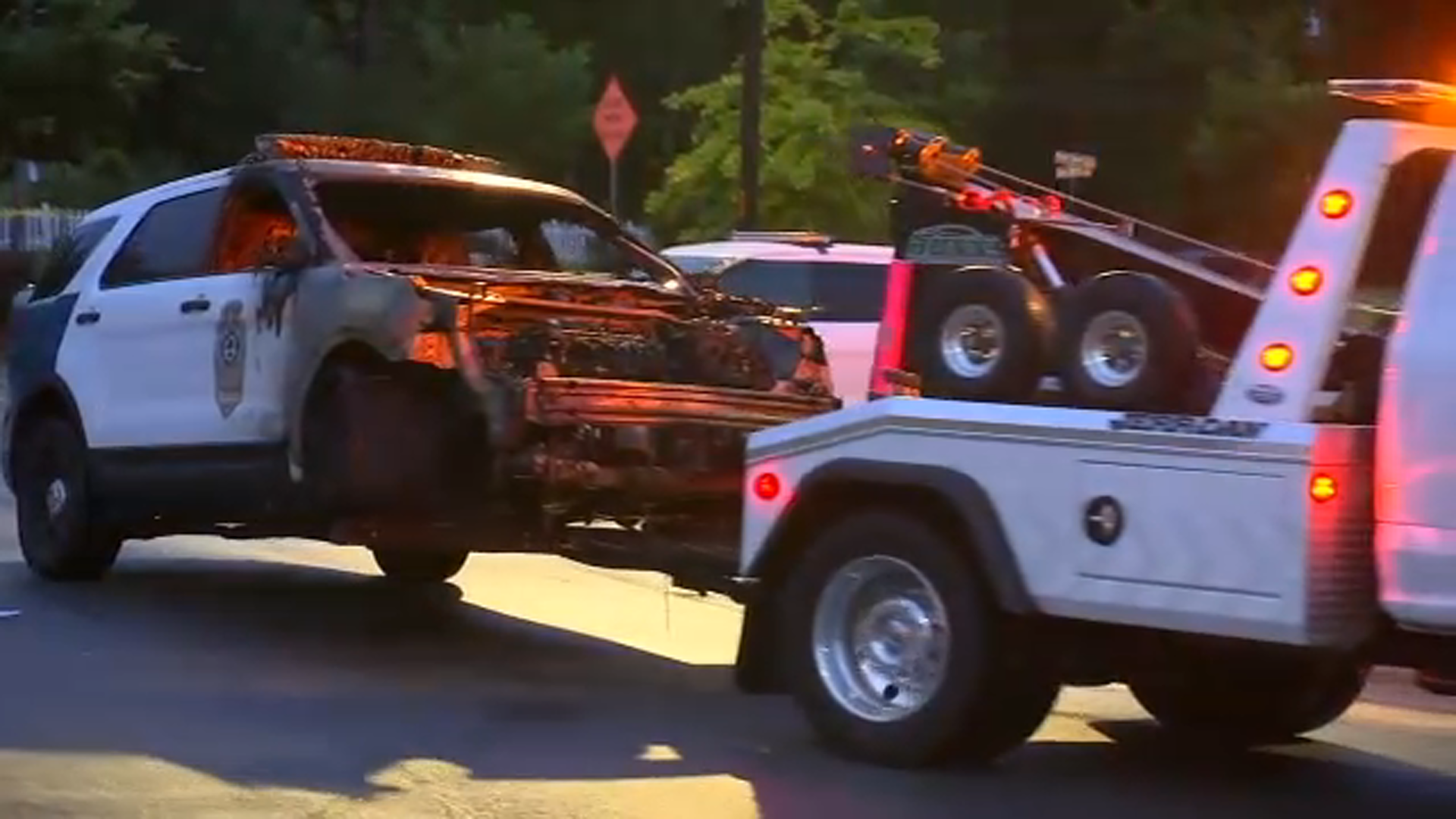 Nunez then took out a gas can and "an unknown container" from the passenger area of his van. He put several white cups on the pavement and poured liquid into them, and then sat in the rear area of his van with the rear van door open.

At 1:18 p.m., Lt. M.F. Schabel drove up to the station. He radioed the communications dispatcher to send the Fire Department to the police station. As Schabel drove into the parking lot, Nunez approached and threw three cups containing an unidentified liquid at Schabel's police car.

Schabel called for backup and backed his vehicle away when Nunez threw a Molotov cocktail at it.

Nunez ignored the commands and threw flaming liquid at Schabel's vehicle, and the officers retreated.

Schabel moved his vehicle out of the parking lot and then returned on foot. Schabel told the dispatcher that Nunez had a knife in his pocket. He asked Nunez "what's going on man?"

By now, the front of the parked police vehicle was engulfed by flames and a loud explosion-type sound could be heard coming from the vehicle. There were also flames that were gradually growing in intensity underneath another parked car.

When Nunez lit a Molotov cocktail and began to throw it in Coates' direction, all four responding officers fired their weapons.

At approximately 1:24 p.m., reports of shots fired were radioed to the communication dispatcher.

About 6 minutes elapsed from Schabel's initial arrival until the officers fired their weapons.

After the encounter, RPD detectives found that Nunez's van and his physical description matched those of a suspect who attempted to set fire to gas pumps at a convenience store on Capital Boulevard the night before,

This is the second case of Raleigh police shooting and killing someone in 2022. Back in January, Daniel Turcios was shot and killed by officers after a crash on Interstate 440.

The Raleigh Police Department initially said Turcios was believed to be intoxicated. However, autopsy results disputed that, finding that Turcios only had caffeine and nicotine in his system at the time of his death.

RPD's Detective Division is conducting a separate investigation into Nunez's actions, including the burning of two vehicles and subsequent assaults on police officers. Raleigh Police are also conducting an administrative investigation.