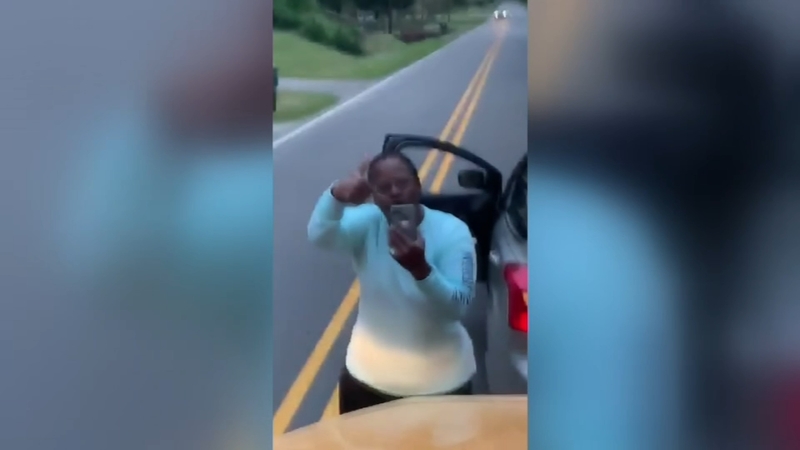 DURHAM, N.C. (WTVD) -- A driver in the Triangle infamous for her vanity license plate and propensity for finding herself in traffic disputes had criminal charges in Durham County dropped on Tuesday, only to have them refiled on Wednesday.

They're related to an incident back in April involving a school bus.

In that case a Durham school bus driver filmed Mems. The bus driver said Mems swerved into the same lane and started hitting her brakes. The bus and Mems did not crash, but the video received a lot of attention online--much of it from people who have encountered similar roadway behavior from a car with the license plate STAYUMBL.

The charges were dropped because the district attorney was unable to get in contact with a witness. After the witness updated their contact information, the DA was able to refile.

She has been involved in 31 wrecks in Durham since 2000. According to Durham Police Department, she was not at fault in most of those crashes.