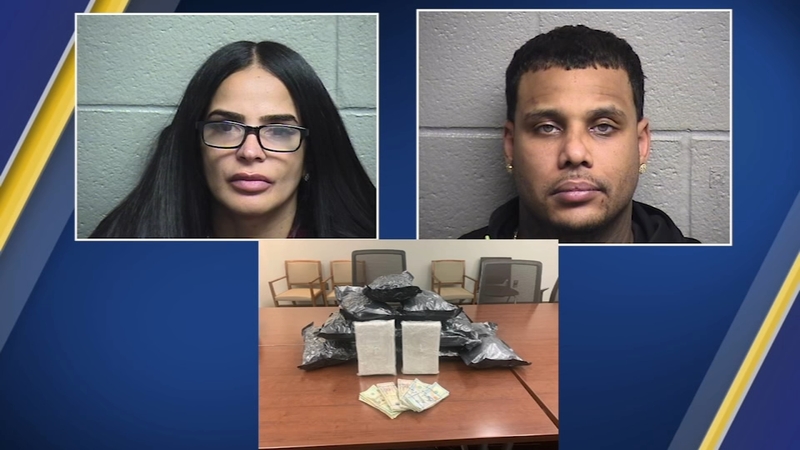 DURHAM, N.C. (WTVD) -- Two suspects from New York are facing charges in Durham, accused of having massive amounts of cocaine and marijuana.

The arrest came after the sheriff's office got a tip about possible drug dealing in the area.

Deputies said the two had two kilos of cocaine and more than 14 pounds of marijuana.