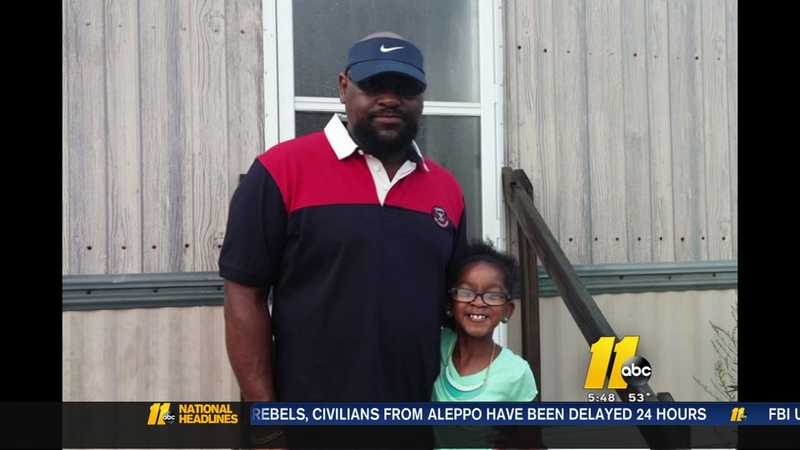 DURHAM, North Carolina (WTVD) -- It's a six-hour round trip from the Turner family home in Hertford to Duke Children's Hospital in Durham, and this month's trip seems longer than all the others for Zelene Turner.

"I'm a little tired because I didn't sleep well last night," said Zelene as she pulled up a chair inside an exam room, surrounded by her three daughters; her youngest, Jayla, sitting atop the exam table.

Nine years old now, Jayla was only a baby when doctors realized she was born without a thymus gland. Dr. Louise Markert, an immunologist, diagnosed Jayla with the rare immune disorder DiGeorge Syndrome in which the slightest common cold could have killed the little girl before her second birthday.

"Of course I have her picture up on the wall in my office," said Dr. Markert as she looked over at Jayla, now in the fourth grade and just one of dozens of patients she's been able to save through the years.

Dr. Markert pioneered the thymus transfer operation in the early 1990s that to this day is only performed at Duke.

Jayla's father, JJ, who was by her side the day of her transplant surgery in 2008, is now gone. The 52-year-old doting dad and husband died the day after Thanksgiving this year from a possible heart attack.

As the family's sole breadwinner, working nearly 30 years at the Raytheon plant in Norfolk and part time with the post office, JJ was the rock they all leaned on.

"He was trying to work, trying to provide for everybody," said Zelene, choking back tears. "We talk about it a lot, missing him. When we go home he's not going to be there."

Insurance coverage will soon go too. Jayla is on Medicaid, but coverage ends in February for Zelene and her two older daughters Jazmyne, 18, who's in her freshman year at North Carolina Central University and Zariah, 16, who hopes one day to attend UNC Charlotte.

Dr. Markert remembered how the Turner's community rallied around them eight years ago when insurance wouldn't cover Jayla's surgery.

"They raised $10,000" said Markert. "The firemen would have dinners, everybody was pitching in. The whole -- it must've been the whole county if not counties all around. For the rest of us, it's like flying to the moon and back raising that kind of money and so they really put in to help their child in every way. Everyone pulled together."

Now, JJ's former colleagues at Raytheon hope to do it again. After his passing, they launched a Go Fund Me account in his honor, with a goal of raising $10,000 to help little Jayla and his family just in time for Christmas.

"It is overwhelming to have a support group like that," said Zelene of the Go Fund Me effort.

"It's going to be a different kind of Christmas," she said. "It feels funny -- even right now because he's not there -- he's not there putting the toys together, being up all night and by the time he'd get ready to lay down, Jayla's up or they're up, wanting to see what's under the tree," Zelene added. "We're going to try to do the best we can. We're going to work together as a team."