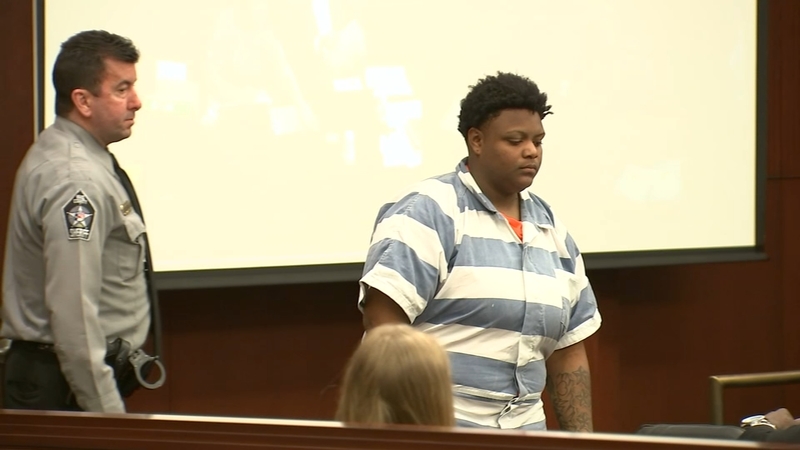 RALEIGH, N.C. (WTVD) -- The armed woman accused of carjacking an NC State student with what turned out to be a BB gun led police on a high-speed chase before being arrested Wednesday night.

Jnaja Porter, 20, was arrested on charges of fleeing arrest, possessing a stolen vehicle and child abuse. NCSU Police also filed charges of armed robbery and having a weapon on education property.

She made a court appearance Thursday and her bail was set at $205,000 and she was ordered not to return to the N.C. State campus until authorized.

Investigators said it all started with a carjacking at Wolf Village Apartments off Gorman Street on Tuesday night. Porter reportedly used a gun to steal a 2008 red Jeep Liberty from an NC State student.

On Wednesday night, investigators said they located the stolen Jeep and tried to get the driver of the vehicle to pull over.

The driver refused to pull over and instead led Raleigh police officers on a high-speed chase.

According to court documents, Porter was driving the Jeep with two 3-year-olds and a 1-year-old inside. While trying to get away from officers, she reached speeds of more than 100 mph and ran multiple stop lights.

Porter was eventually stopped and arrested near the intersection of Six Forks Road and Millbrook Road.