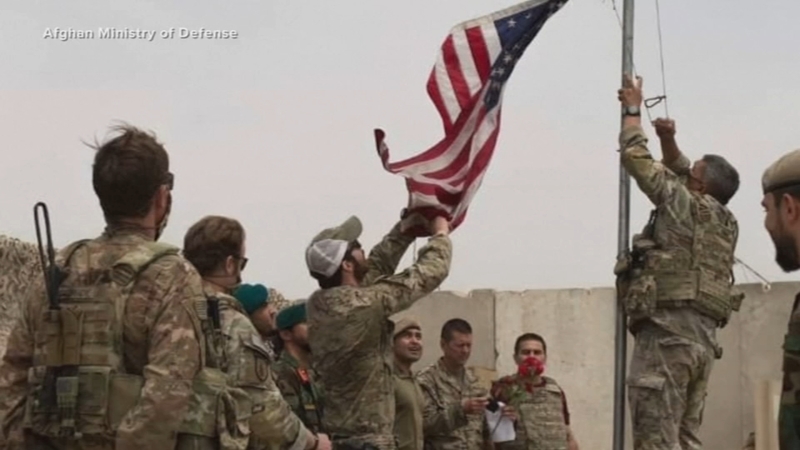 FORT BRAGG, N.C. (WTVD) -- Members of the Greater Fayetteville community are understandably worried as thousands of 82nd Airborne soldiers are heading into a chaotic situation.

Troops are going to Afghanistan's capital, Kabul, to help with evacuations.

The 82nd Airborne is known for answering the call quickly. Soldiers can be wheels up within 18 hours of notification.

"It's hard on the community and hard on the family members," said Fayetteville resident Michael Hilliard.

"I think it's terrible," said Janet Southworth, whose husband is a retired Green Beret. "I feel like 20 years of us being over there is wasted. People lost family, children, friends, and now, here we go again."

The Taliban is seizing control of several regions after the United States tried to wind down its military presence in Afghanistan.

UNC Professor Navin Bapat answers questions about the uncertainty in Afghanistan as Taliban take control of Kabul and all civilian flights are canceled.

David Schanzer is a Duke University professor and expert in counter-terrorism.

"I think what happened yesterday (in Kabul) was inevitable," he said.

RELATED: Biden says he stands 'squarely behind' Afghanistan decision
Schanzer said once the US decided to withdraw, the clock started clicking towards this collapse.

"The Taliban was simply too strong and the will of the army to fight for a government that it really didn't support, was corrupt, wasn't supporting the troops, has been dubious literally for many, many years," he said.

ABC11 asked if the Afghan government's fall could open the doors for extremist groups.

"It's going to depend on what on the Taliban wants to do. Do they want to have a new reign of terror where they start executing people or do they want to form a responsible, quasi-responsible, government and do things differently than they did last time they were in power?" said Schanzer.

While these questions loom, people on the home front are offering support.