I-Team: As developers take lead on installing Apex traffic lights, neighbors' only option is to wait 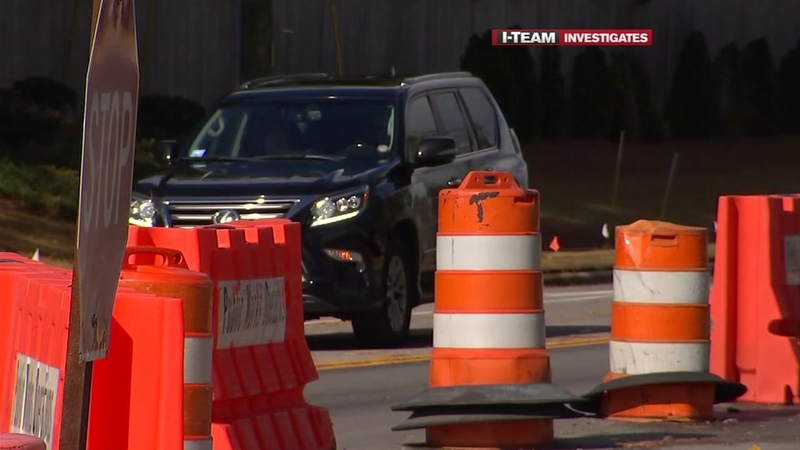 APEX, N.C. (WTVD) -- The project has a green light but construction is still sitting on red.

"You just have to put up two poles, electricity and put the lights up - I don't know what the problem is," neighbor Russ Decourcy quips to the ABC11 I-Team. "This has been months and months and months."

The intersection resembles many others in the Triangle: a crossroads of new developments and a short distance away from new supermarkets and budding shopping centers. According to police, officers responded to at least eight serious crashes at the intersection last year, which prompted the move to block the left turn.

At first, police set up cones and a big sign, but that didn't appear to stop anyone. In the first month alone, officers issued at least 154 citations to drivers who attempted to make the illegal turn. By June, the number reached 181.

"It's treacherous," Decourcy said. "We need that light."

Kelly Road is a state-managed thoroughfare, and thus the North Carolina Department of Transportation must approve any proposed changes. According to the DOT, anytime a developer submits plans for a major project that links to such a thoroughfare, it must hire a professional engineer for a traffic study on the potential impact of said development.

The DOT, though, does not build or pay for any traffic light or stop sign that is recommended or mandated by that traffic study. Instead, it's the developer who takes the lead on acquiring the land, hiring the contractor and going through all of the red tape involved in construction.

John Sandor, a traffic engineer for NCDOT, says it would be unfeasible for the state to take the lead in such projects.

"We just don't have the manpower for that," Sandor explains. "We build highways and ramps and we look forward five to ten years. The municipalities and counties have a say on who builds what and where. We just need to know what the impacts are going to be."

Sandor actually says developers taking the lead on construction actually moves the process a lot quicker than if the DOT had total control.

"We already have so many projects statewide."

Still, that doesn't explain the delay in Apex, which prompted Mayor Lance Olive to take to Facebook on November 17th to deride the developer of the new development, Beazer Homes, for "an intentional foot-dragging exercise."

The spokesman explains the meeting went over the challenges to construction, including certain legal hurdles to sell/buy land, including assessing valuations and adjusting mortgages.