Lowest paying Apple jobs in RTP will be worth $133,000 a year, new documents reveal 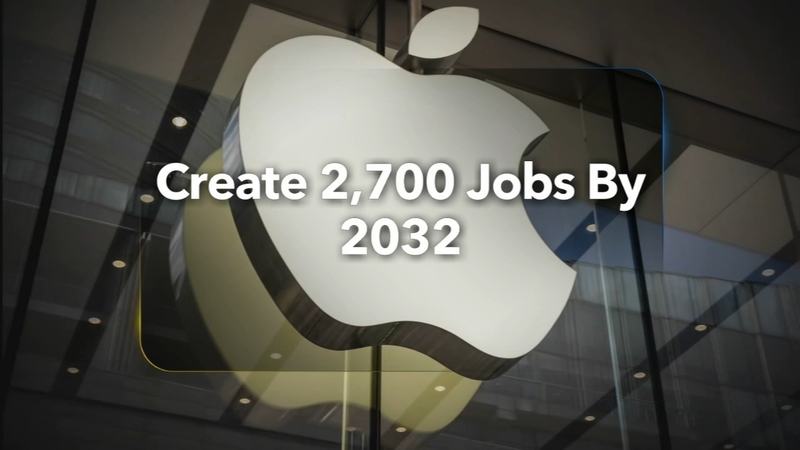 The records from the Department of Commerce show the state's Economic Investment Committee approved an $845 million jobs grant that would be tied to new jobs created for the proposed project through the end of 2032.

Apple would have to create a minimum of 2,700 jobs by then to avoid defaulting on the grant.

Gov. Roy Cooper and other state leaders joined forces to talk about the major Apple announcement.

Apple is looking to invest $1 billion to build a campus and engineering hub in Research Triangle Park.

The campus would house at least 3,000 employees.

NC State economist Michael Walden says North Carolina will be the future for the economy in the country.