Hagel outlined his vision in a speech at the Pentagon, a week before President Barack Obama is to submit his 2015 budget plan to Congress.

Hagel said that U.S. forces must adjust to the reality of smaller budgets, even as he asserted that the United States faces a more volatile, more unpredictable world that requires a more nimble military.

"We are repositioning to focus on the strategic challenges and opportunities that will define our future: new technologies, new centers of power and a world that is growing more volatile, more unpredictable and in some instances more threatening to the United States," he said.

Under the Hagel plan, which Congress could change, the active-duty Army would shrink from its current 522,000 soldiers to between 440,000 and 450,000. That would make it the smallest since just before the U.S. entered World War II.

Hagel said Obama's budget proposal will include a government-wide "Opportunity, Growth and Security Initiative" that would provide the Pentagon with $26 billion on top of the $496 billion it is due to receive in 2015 under terms of the budget deal passed by the Congress two months ago.

Among the bolder moves in Hagel's proposal is the elimination of the Air Force's fleet of A-10 aircraft as well as its venerable U-2 spy planes, as well as reductions in the size of the Army National Guard. Those moves are expected to draw some opposition in Congress.

Hagel said the administration will propose a new round of domestic military base closings in 2017, while noting that Congress has rejected such requests in recent years.

Army leaders have been saying for months that they expect their service to shrink as the nation prepares to end its combat role in Afghanistan this year.

Gen. Ray Odierno, the Army chief of staff, said recently that whatever the future size of the Army, it must adapt to conditions that are different from what many soldiers have become accustomed to during more than a decade of war. He said many have the misperception that the Army is no longer busy.

"People tend to think that the Army is out of Iraq and Afghanistan, and there is not much going on," he said Jan. 23 at an Army forum. "The Army is not standing still. The Army is doing many, many, many things in order for us to shape the future environment and prevent conflict around the world."

"He has worked hard with the services to ensure that we continue to stand for the defense of our national interests - that whatever budget priorities we establish, we do so in keeping with our defense strategy and with a strong commitment to the men and women in uniform and to their families, Kirby said.

"But he has also said that we have to face the realities of our time. We must be pragmatic. We can't escape tough choices. He and the chiefs are willing to make those choices," Kirby said.

Hagel's plan could affect thousands of Fort Bragg soldiers and their families.

Hagel was at Fort Bragg visiting troops and explaining the effects of sequestration back in July.

There is one thing that is sure-fire, by cutting the force, you add to the veteran population. It has only been about six months since Cumberland County expanded their Veterans Services in a new building downtown.

One of the arguments to build the place came from the former director Sharon Sanders, who said at the time of the summer opening, that when the U.S. were to wind down from the War in Afghanistan, and service even more than the 46,000 plus veterans currently in Cumberland County, more space would be needed to process new benefits claims.

That will undoubtedly happen, but the new director is confident collaboration between Fort Bragg and the state will make that an easy transition.

"Maybe if one of the other offices couldn't handle the amount of people that they have then they can possibly direct them or redirect them to us," said Eric Redrick, Cumberland County Veterans Services Director.

It is all a proposal at this point, but at the end of Hagel's remarks Monday, Gen. Martin Dempsey said an army of 420,000 is "too low." 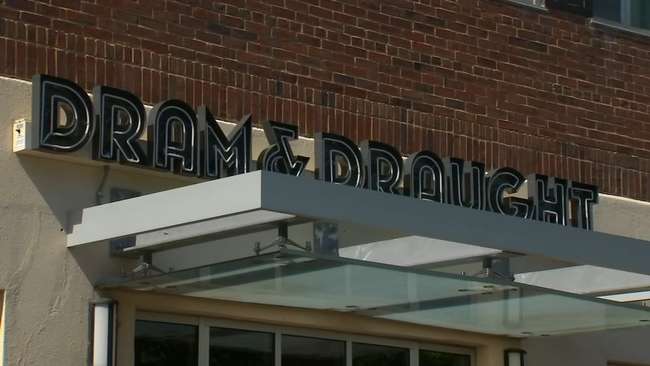 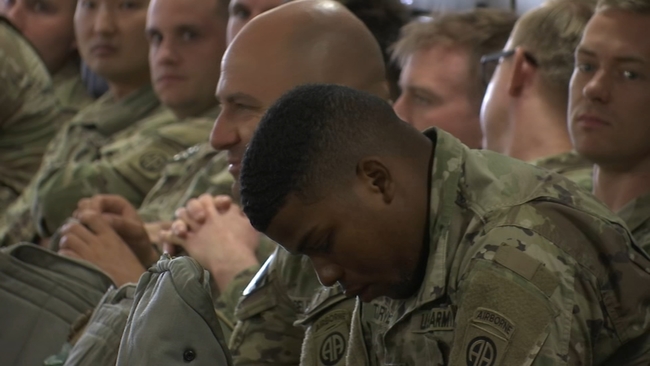