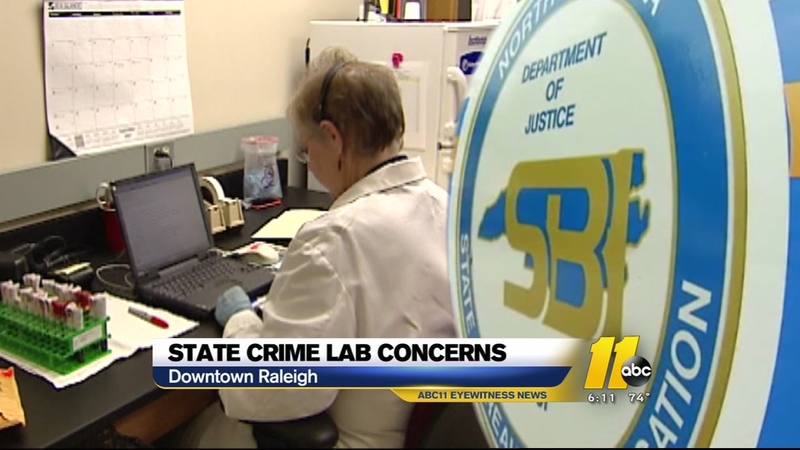 Two Republican state lawmakers are calling on Cooper to take ownership of what they say are persistent problems at the Crime Lab.

The lab, once running a massive backlog of thousands of cases, came under fire in 2010 for misrepresenting evidence leading to costly wrongful convictions.

From the NC Republic Party Headquarters in Raleigh on Wednesday, Rep. Marilyn Avila, (R-Wake), and Rep. Holly Grange, (R-New Hanover) talked about their concerns as professionals in science and criminal justice.

"There is still a backlog, especially when it comes to rape kits," said Grange, a former attorney. "But a judge will only issue continuances in a court case for so long. At some point they have to draw the line and either evidence has to be produced or the case will be dismissed."

Grange and Avila, a professional chemist, said it should only take 30 days to process a rape kit.

"In so many of these cases, people's lives and their freedom's at stake and we can't be careless about that," Avila said.

The North Carolina Department of Justice told ABC11 the backlog has in fact been cleared, but the average turnaround time for cases is seven and a half months.

Still, Avila criticized the lab for not keeping up with advances in forensic science.

"There's been this direction for some time in forensic science that Roy Cooper and the individuals associated with the lab have not taken advantage of, have not been aware of, and have compounded our problems," she said.

Problems that Grange said are up to Cooper to solve.

"I know that he inherited some of these messes and some of these systemic problems," she said. "However, at some point you have to take ownership of those problems and solve them."
Related topics:
politicsraleighcrime lab scandaldepartment of justicestate politicsroy coopergubernatorial race
Copyright © 2022 WTVD-TV. All Rights Reserved.
TOP STORIES
Where abortion rights stand in NC after Roe v Wade decision
With Roe dead, some fear rollback of LGBTQ+ and other rights
Monkeypox: What is it? Health experts answer common questions
Brian Laundrie confession letter released: 'I ended her life'
Supreme Court overturns Roe in landmark case on abortion rights
False claims about abortion after Roe v. Wade case
Biden vows to 'do all in my power' to protect abortion access
Show More
NC politicians react to Supreme Court overturning Roe v Wade
Congress sends landmark gun violence compromise to Biden
How personal data could be used to enforce anti-abortion laws
How outlawing abortion could worsen maternal mortality crisis
How does overturning Roe v. Wade affect IVF treatments?
More TOP STORIES News