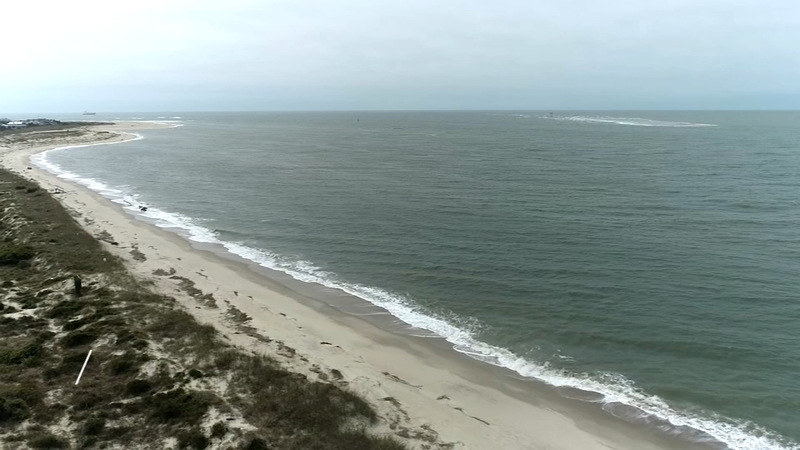 BALD HEAD ISLAND, N.C. (WTVD) -- A unique program on the North Carolina coast is working to restore the sea turtle population, especially Loggerheads, the main species seen in the state.

According to the NC Wildlife Commission, seven species of sea turtles are found worldwide with six listed as threatened or endangered in the United States including Green Sea Turtles and Loggerheads.

NOAA Fisheries lists Loggerheads as endangered globally and all species are protected by state and federal laws.

One of the main drivers behind the protection of habitat and wildlife on the island is the nonprofit Bald Head Island Conservancy which began in 1983 with the mission of barrier island conservation, preservation, and education.

It also set out to help monitor and protect the many sea turtles that visit BHI each year during nesting season.

"Only one in 1,000 at the moment, are making it to adulthood," explained Paul Hillbrand, a Biologist with the BHI Conservancy. Hillbrand works with the BHI Conservancy's Sea Turtle Monitoring and Protection Program, the only one in North Carolina that conducts nighttime tagging and monitoring of the mothers. The research and data conducted on the island help scientists along the entire southeast coast understand more about the sea turtle population.

"They don't reach sexual maturity till 20 years old," Hillbrand explained about the female turtles. "So all these little obstacles that humans make, just exacerbate and make it even harder for the hatchlings," Hillbrand added.

Nesting season lasts mid-May through August with Loggerheads laying an average of three to four nests per season. The Bald Head Island Conservancy spends the summer protecting nesting sites and educating the public about the importance of the animal's survival. Loggerheads are considered a keystone species meaning that other animals in the ecosystem depend on them for survival. They have played a vital role in maintaining the health of the oceans of the world for more than 100 million years.

Commercial fishing and loss of nesting habitat are the biggest human threats for sea turtles. To ensure nesting sites are undisturbed and females have a good chance at laying eggs, there are some simple things you can do to help.

"What people can do is simply is cleaning up the beach filling in holes," Hillbrand explained. "And one big thing that we preach on our beaches is using red light at night. Sea turtles are highly affected by white light, whether it's adults or hatchlings. With the adults when the moms are coming up on the beach. It scares them.

And with the hatchlings, the white light will actually cause them to not go to the ocean."