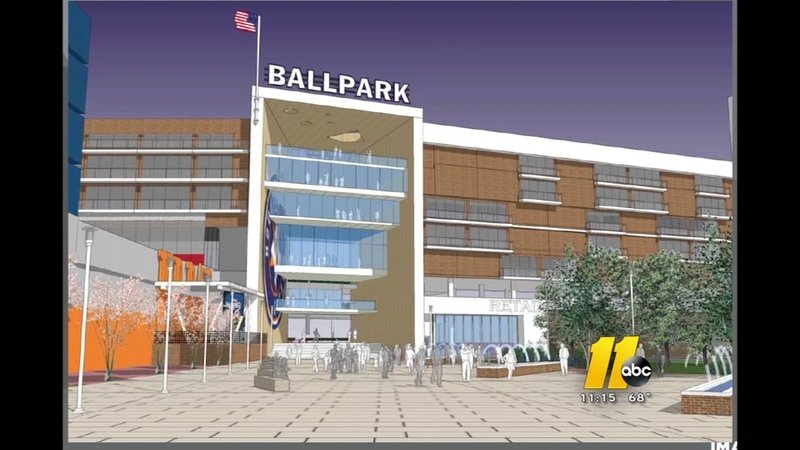 FAYETTEVILLE, North Carolina (WTVD) -- Baseball fever is growing in the Sandhills, with a new minor league team that will call Fayetteville home, but what will the team be called?

Lots of names are being batted around for the new Houston Astros' affiliate -- besides a new name, the team has to craft a new logo and design new uniforms.

There's other work to be done, too. City leaders toil to find the money and resources for the downtown baseball park, but the real question being asked in boardrooms and on the street is: What are we calling this new baseball team?

"I like keeping the Astros, you know, certainly the Bambinos, something to do with Babe Ruth, but at the same time, look at this dealing with our heritage," said Fayetteville Mayor Nat Robertson.

The city hopes to break ground this summer on a new $33 million downtown ballpark. The city has signed a 30-year agreement with Astros to field a minor league in the new stadium on Hay Street.

"To be competitive in this environment, you have to make a city livable, make people want to be here," said Mitch Colvin, a Fayetteville City Council member. "This is a big step in this direction."

The team will play the next two seasons as the Buies Creek Astros at Campbell University's ballfield. The team will have a new name when it moves to Fayetteville, and residents can help choose that name.

Rendering of the new Fayetteville stadium in the works.

"We have got lots of Patriots, Veterans, lots of Generals," Lane said. "There are some creative ones out there, too. The Minutemen ... the Ratifiers, so just anything and everything."

To cast your vote for a new team name, click here.

The Buies Creek Astros report to their new dugout at Campbell on April 1. Their first home game there is April 6.