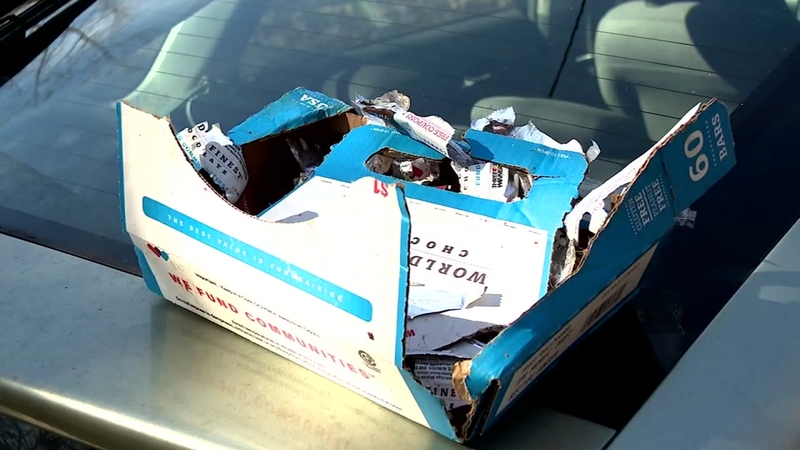 ASHEVILLE, N.C. (WTVD) -- Who knew bears love candy bars? Lilly Thurmond does now but she found out the hard way.

The 16-year-old Asheville girl said she was stunned when she looked outside the window of her house Sunday and saw that the door to her Toyota Prius was open.

"I could hear growling and stuff," she told WLOS.

Turns out, a mama bear and three cubs had come onto her family's property and had opened the door to Lilly's unlocked car.

Apparently, they had gotten a whiff of some candy bars left inside it.

So Lilly grabbed her cellphone and began taking video.

The teen had left a box of 50 chocolate bars in the vehicle, which she was trying to sell for a high school fundraiser.

The bears ended up trashing the car and eating nearly all of the candy except for the wrappers.

Lilly's mom, Kim Peck, said bears aren't uncommon in their neighborhood, but this incident was different.

She's thankful her daughter wasn't outside when the bears arrived.