Mom who lost 2 sons to gun violence reacts to US Senate's gun safety bill: 'Does it go far enough?' 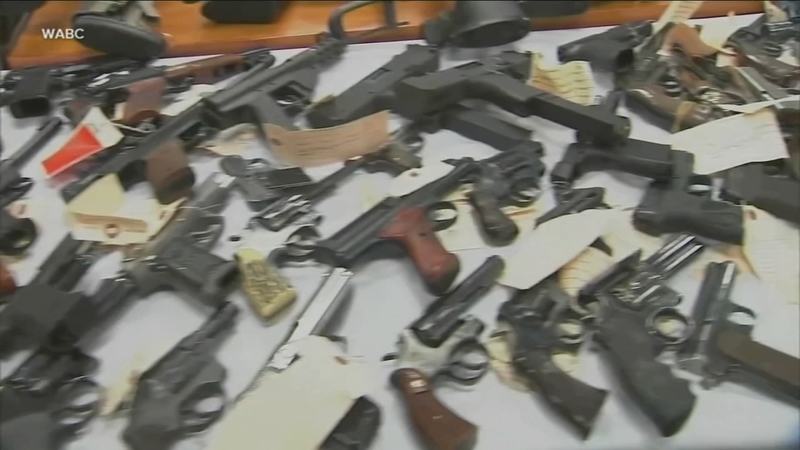 Families of murdered loved ones want the gun safety bill to pass this week.

But does it go far enough?

That's the question from one grieving mother here in Durham.

"It's like your heart falls out of your chest, you can't breathe," said Sherry Williams, and her son Deon describing what it feels like to lose two of their family member's shootings.

In 2007, her 21 year-old son JaQuienton Sellars shot and killed in Hillsborough.

15 years later...last month her son Jabari shot on South Street in Durham-just like his brother-dead at 21.

"To go through this a second time - whew-it's hard," said Williams.

"It brings up trust issues-not knowing who to trust," said Deon Bagum "It's still unsolved so it's like who do I trust?:

Key points in the bipartisan include

Funding for mental health and other intervention programs

Financial Incentives to states to pass Red Flag Laws, which would empower courts to take guns away from people who are a danger to themselves or others.

"It's going in the right direction but is it enough. I don't think so," said Williams.

"It's not aimed at the problem we have here in Durham, Raleigh, Roxboro, Fayetteville," said Bagum.

A look at the current violent crime numbers in the Triangle:

In Durham, homicides are averaging the same year-to-date. Twenty-two so far this year, and 21 year-to-date last year.

Aggravated assaults with a firearm is down 25%

In Raleigh, homicides are up from last year, included aggravated assaults.

Williams and her son say more needs to be done to get the sale of illegal guns off the street and on social media.

"I just wish these young kids would put these guns down. That's the only thing I pray and ask, because you don't know what you're doing to someone's family. He had a family," said Williams.

Williams is hosting a vigil in Hillsborough this Saturday, June 25 to honor her children and protest gun violence.