'He saw it as a calling:' How ABC11's Ervin Hester made history 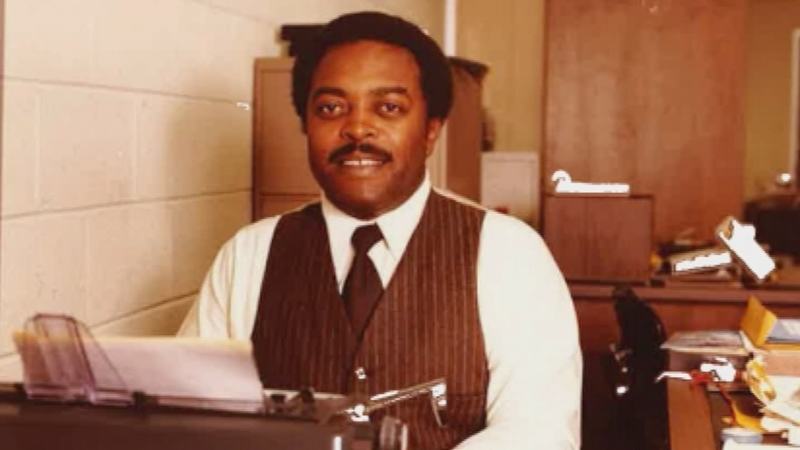 'He saw it as a calling:' How ABC11's Ervin Hester made history

As ABC11 celebrates Black History Month, Hester deserves the recognition and esteem of being the first ever African-American news anchor in the Southeast. The Hillside High School and North Carolina Central University graduate would also become the first Black man ever inducted into the North Carolina Association of Broadcasters Hall of Fame.

North Carolina Central University's reputation attracts talent and resources at home as well as from outside the state's borders.

"He was a super nice man. I think what comes to my mind is genteel, kind, caring, compassionate but also strong-willed," Ed Crump, an ABC11 reporter for more than 30 years, said. "Everything in the world of broadcasting - in my world of broadcasting - was majority white. He let our audience know you can get your news from anybody. He taught our audience that they can tune into the news and see this Black man deliver in and it's just a different face that represents our community."

Hester, who was born in Durham and raised in Granville County, made history in the early 1970s when he began anchoring for ABC11 Eyewitness News on the weekend. Hester also hosted ABC11's community affairs program "Reel Perspectives" and the magazine show "Primetime." Hester retired from ABC11 in 1996 and died in 2018.

"You know, in our 20-some counties we covered, he was virtually a celebrity," Crump said. "But he noted that if he left our area, he was a suspect as any other Black man. If he walked down the streets, he could hear white people locking their car doors. The simple things that I did not understand about racism he was able to teach me in his groundbreaking role."

Hester's tenure at the station began in 1971 after a successful career in radio. His earning the position was notable for his talent but also for ABC11's transformative role in organizing the WTVD Minority Advisory Committee, the first formal link between the station and the civic and business leaders of minority communities in the region, including and especially African Americans and Native Americans.

The first meeting attendees consisted of some 50 people from diverse segments of the minority community. It was organized by Mike Thompson, former WTVD General Manager, and was attended by the corporate owners of the station, Thomas Murphy, President and CEO of Capital Cities Communications along with other members of his staff.

Ernie Greup, the Public Affairs Director at WTVD, in consultation with African American citizens in the community, was assigned the task of contacting African American leaders in Durham who could make significant contributions to the station. The committee has since prioritized an agenda of promoting programming that reflects a fair and positive image of all people, as well as recruiting an employee base that mirrors the diversity of the 23 counties served by WTVD.

"For me personally I got an internship as a senior in college," longtime ABC11 employee Frank Joyner said. "I saw a flyer at UNC which said they were offering scholarships and I applied."

Joyner earned the internship in 1986; 35 years later his second home remains ABC11's control room where he directs the morning newscasts. He adds that he's still inspired by Hester's rise to anchor, which he watched himself growing up in Edgecombe County.