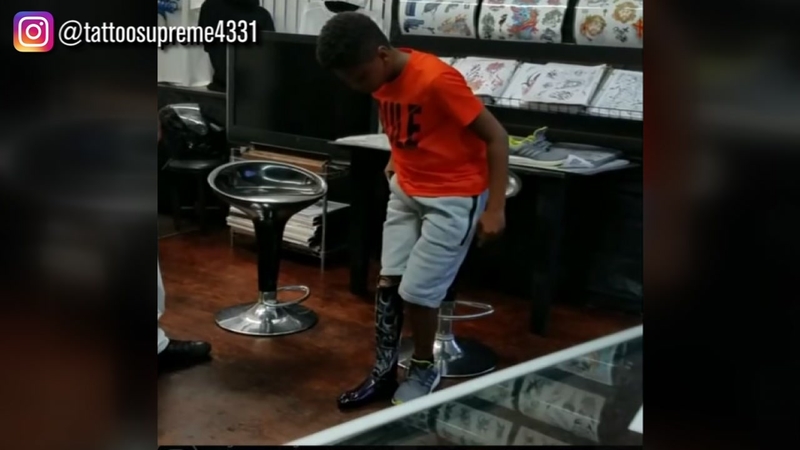 A Triangle 10-year-old is not letting his leg amputation hold him back.

In fact, he's using it as an opportunity to inspire others.


Now, he has a little extra help from Wakanda, thanks to a local tattoo artist.

Michael Mack Jr. had his leg amputated when he was just 11 months old after his tibia stopped growing. Since then, he has grown up with a series of prosthetics, that get replaced each year.

So when it came time for a new one, his mom contacted Milton Purnell at Tattoo Supreme in Raleigh to come up with a special Black Panther-themed design.

When Purnell was done, he surprised him with the prosthetic -- all captured on video. It has since gone viral on Instagram.

"I was just in shock," said Michael. "I was in shock because it was really cool to have something like this, and I just couldn't believe it, and I jumped up and I started laughing. It was really cool."

"Man, that was amazing right there," said Purnell as he recalled that moment.

Of the thousands of tattoos and air brush designs he's created over the years, Purnell said this will stand out.

"To meet other people that have the same situation that he has, and be able to grow through it, and let it be a part of your life and embrace it - that's magical," Purnell added.

Following our chat, Purnell showed off his dance moves - even throwing in a few cartwheels along a sidewalk on Wilmington Street.

"It'd be good to just help kids out in need who also have this kind of stuff," Michael said.

Some of his hobbies include dancing and basketball.

"Amputee kids, they can pretty much do anything," said Michael.