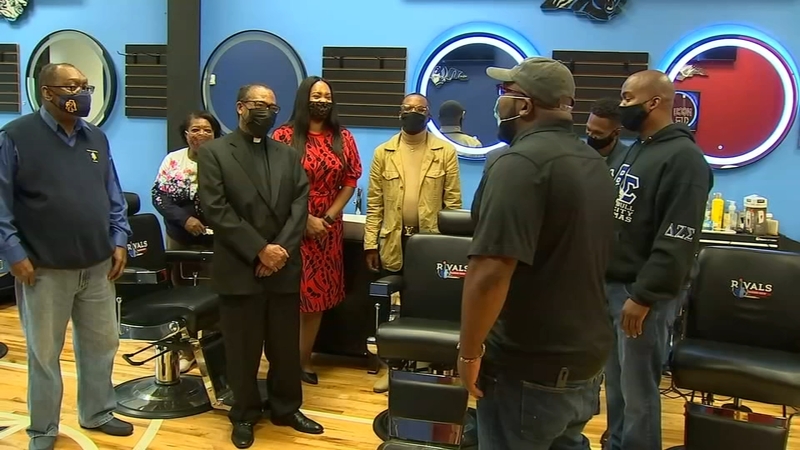 DURHAM, N.C. (WTVD) -- With less than a week before Election Day, organizations are mobilizing to encourage Black people to vote.

The Rev. Warren Herndon and members of the community are visiting inner-city neighborhoods and businesses in Durham asking Black men whether they are registered and have a plan.

Herndon leads the Rites of Passage program in Durham, a mentoring program for young Black men.

RELATED: More than 37,000 Black North Carolina voters have switched to 'unaffiliated' since 2016

There is a national effort to increase Black voter participation.

According to Pew Research, during the 2016 election, Black voter turnout sharply declined for the first time in 20 years.

That same year only 54% percent of eligible Black men voted across the country, compared to 64 percent of Black women, according to Pew.

"Our vote is our currency," said Derrick Johnson, president of the NAACP.

On Wednesday, Johnson spoke on a virtual call to press about the civil-rights group's efforts to boost voter turnout.

The organization launched a media campaign and has partnered with a research analytics firm to understand how to reach eligible Black voters.

"We found out that hundreds of thousands of African American voters' state-by-state who, if not one person reaches out to them, text messages them, sends them mail or email, they may not vote. Because they are not being encouraged," said Jamal Watkins, NAACP's vice president of Civic Engagement.

People still have until Saturday to register and vote at an early voting location. Go here to find a location near you.