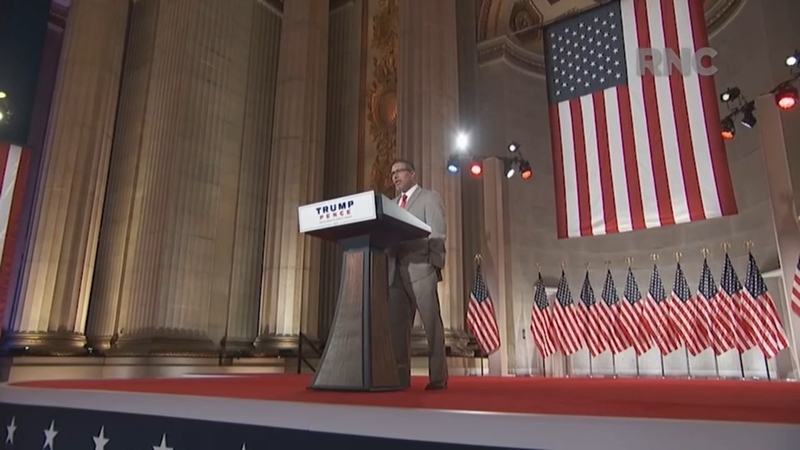 There are more than 130,000 Black voters who are unaffiliated in North Carolina, according to the state board of election. Black conservatives shared with ABC11 what they expect to hear from President Trump on the final night of the RNC.

Valerie Johnson is vice-president of the Frederick Douglass Foundation.

"In the past, his speeches have been on point. I know he is definitely going to speak on unifying the country," Johnson said.

Antoine Thomas is the state director of Blexit, a group aiming to encourage Black people to leave the Democratic Party.


"I'm excited to continue to see him bring solutions and bring back confidence in the country and keep all of us energized," said Robinson.
Johnson, Thomas, and Robinson are leaders in North Carolina's Republican Party.

"I can't express how much I am proud of this man," said Johnson. "He sat down for civil rights, for you, me and the whole country, so that we could all be treated fairly. And here you see people bashing him. Calling him names."

"When I think to myself-- how do I reconcile being Black and being Republican? I reconcile myself first as a child of God, and then second being Black is beautiful, being Black is excellent, and at the end of the day, Black people do not have to continue sacrifice what seems like blackness, or the direction of what blackness should be in exchange for real results for our community," said Robinson. "Being black is wanting the best for us. God made me Black. I don't have to ask permission for it from anybody."


In North Carolina, there are nearly 1.5 million registered Black voters. The state board of elections estimates 80 percent of them are Democrat.
Black Voices for Trump is a conservative movement to encourage the Black community to re-elect President Trump.

"We want to see our Black Americans live, we are pro-choice, school choice, we're pro-life, and we're all those things," said Thomas who was previously a Democrat. He voted for Trump in 2016.

Robinson was an unaffiliated voter but became a registered Republican this year.

"Voted for Trump in the last election. I figured I always leaned conservative and needed to go ahead and commit," Robinson stated.

Johnson has been a Republican for a decade.