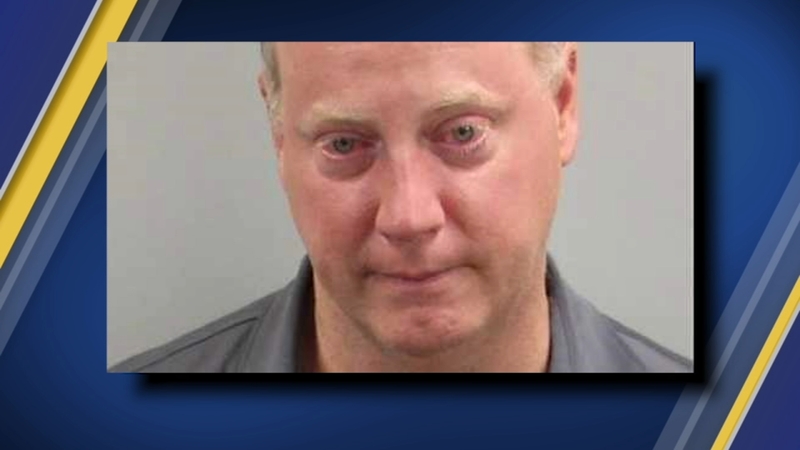 RANDOLPH COUNTY, N.C. (WTVD) -- The CEO of Blue Cross and Blue Shield of North Carolina, Patrick Conway, took a 30-day leave to attend a substance abuse program after he was charged with DWI and child abuse.

A letter from Blue Cross NC Board of Trustees Chairman Frank B Holding to North Carolina Commissioner of Insurance Mike Causey on Sept. 23 revealed that leave of absence was suggested by the company's Board of Trustees.

The letter explains how the insurance company handled its CEO's run-in with the law and why the company didn't reveal any of what was happening to the public.

The letter came after news reports surfaced in September about the June 22 crash that resulted in Patrick Conway's charges.

Conway reportedly swerved out of his lane on Interstate 85 in Randolph County and crashed into the back of a truck. His daughters were in the vehicle with him at the time of the crash. Nobody was injured in the crash.

According to the Wall Street Journal, Causey said he was "disappointed" that Blue Cross Blue Shield, North Carolina's largest health insurer, did not inform the public of what happened.

"We are aware of your concerns about public transparency," Holding wrote. "Until now, we have refrained from proactively communicating with the public about the situation out of respect for the legal process underway in Randolph County, Dr. Conway's right to due process, and medical privacy concerns and obligations. We believe the Board has taken appropriate steps to handle this sensitive matter in a manner consistent with the privacy and legal issues at stake, as well as the Board's fiduciary obligations to Blue Cross NC."