ASHEBORO. N.C. -- There are few watering holes in central North Carolina with an atmosphere that can match Four Saint's Brewery. The comradery one immediately notices amongst its patrons is palpable. As one regular of the establishment explained, "you'll have to watch an episode of that 1980's sitcom 'Cheers'" to truly understand. Noted for their leadership role in the revitalization of downtown Asheboro, the brewery's taproom has become a focal point for community members. A noteworthy facet that's only underscored by the brewery's Mug Club, which allows members of the public to have their own personalized beer mug stored at the taproom for their exclusive use. 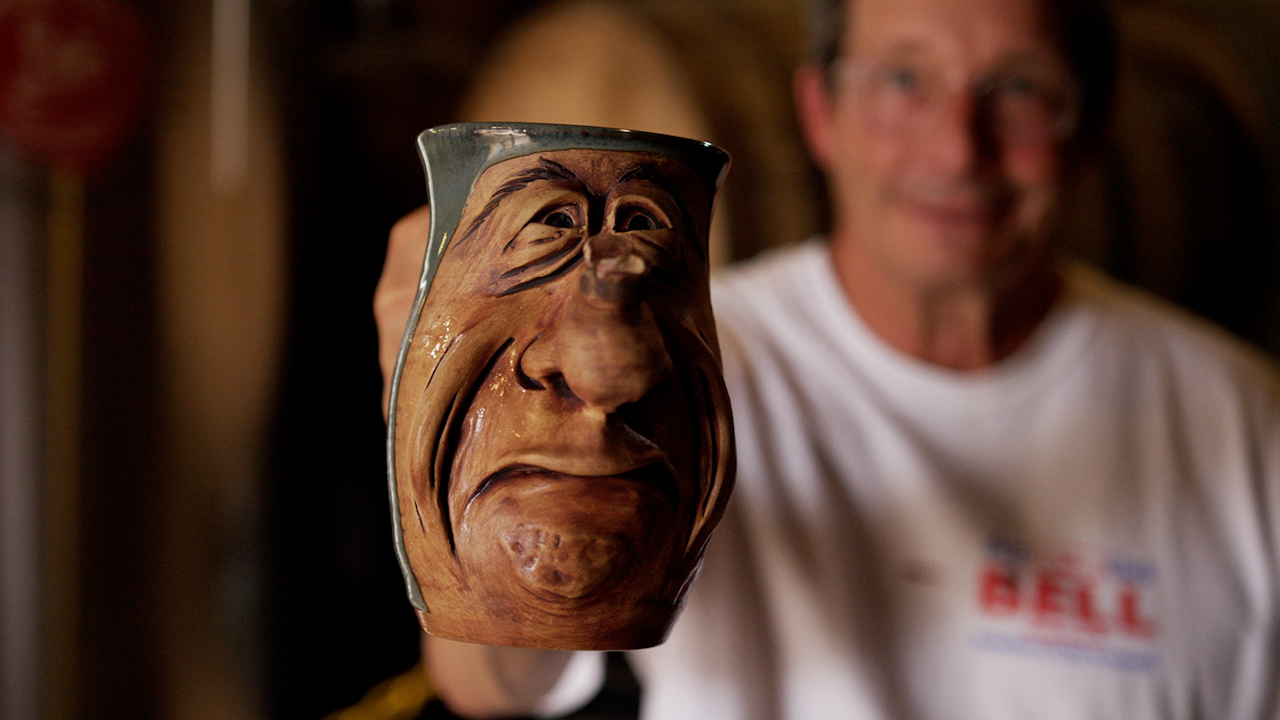 Beginning as a Kickstarter perk in 2012, these hand-crafted mugs created so much buzz that they had to expand the club. What started as just a few pieces, has grown to include 210 mugs from 33 different pottery studios, by 38 different artisans. Including third-generation North Carolinian potter Ben Owen III. "People want something that's unique, they don't want something that's common," said Owen. 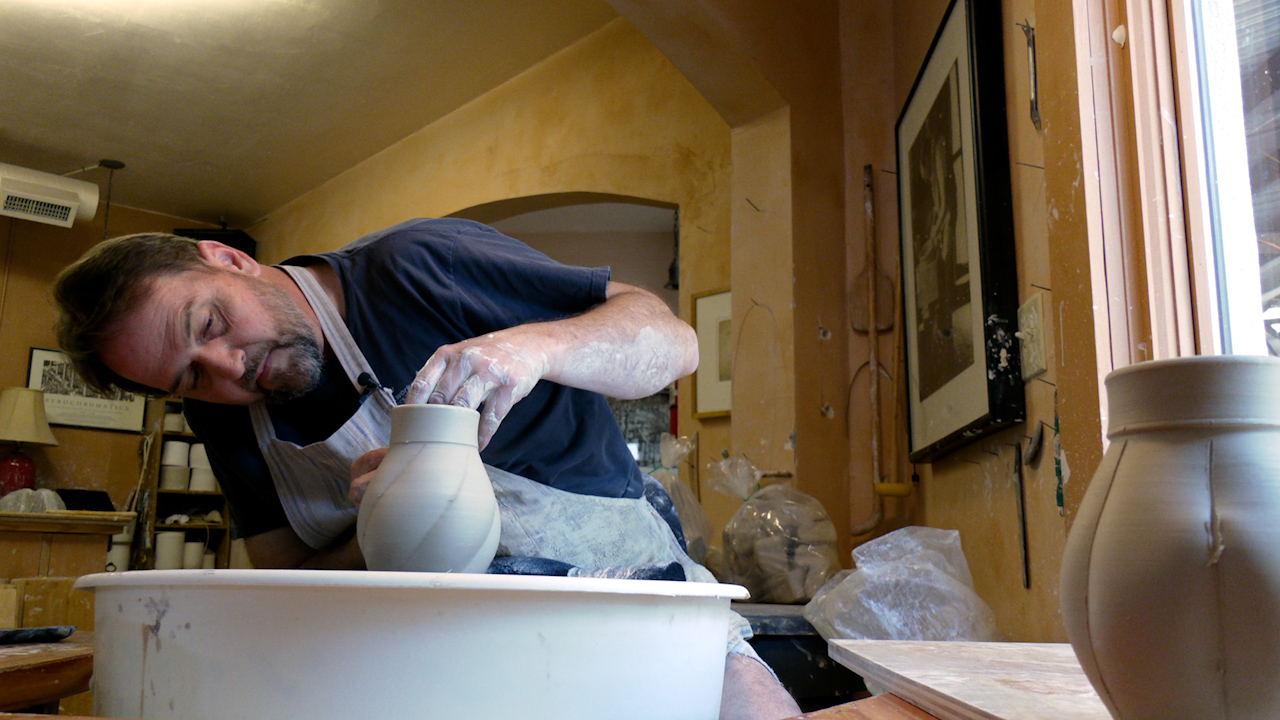 Ben Owen III at his wheel, in his Seagrove studio. Owen's family has been involved with pottery in NC, since the late 1700s.

This sentiment is shared by brewery co-owner Joe McClosky, who has always sought out ways to engage with his community. So it's no wonder that the Mug Club was born out of his attempt to figure out how to give back to those supporting the opening of the brewery. But as is the case with everything Four Saint's does, what he wanted had to be sourced locally. Luckily for the brewery, the town of Seagrove, NC, is only a couple of miles down the road. 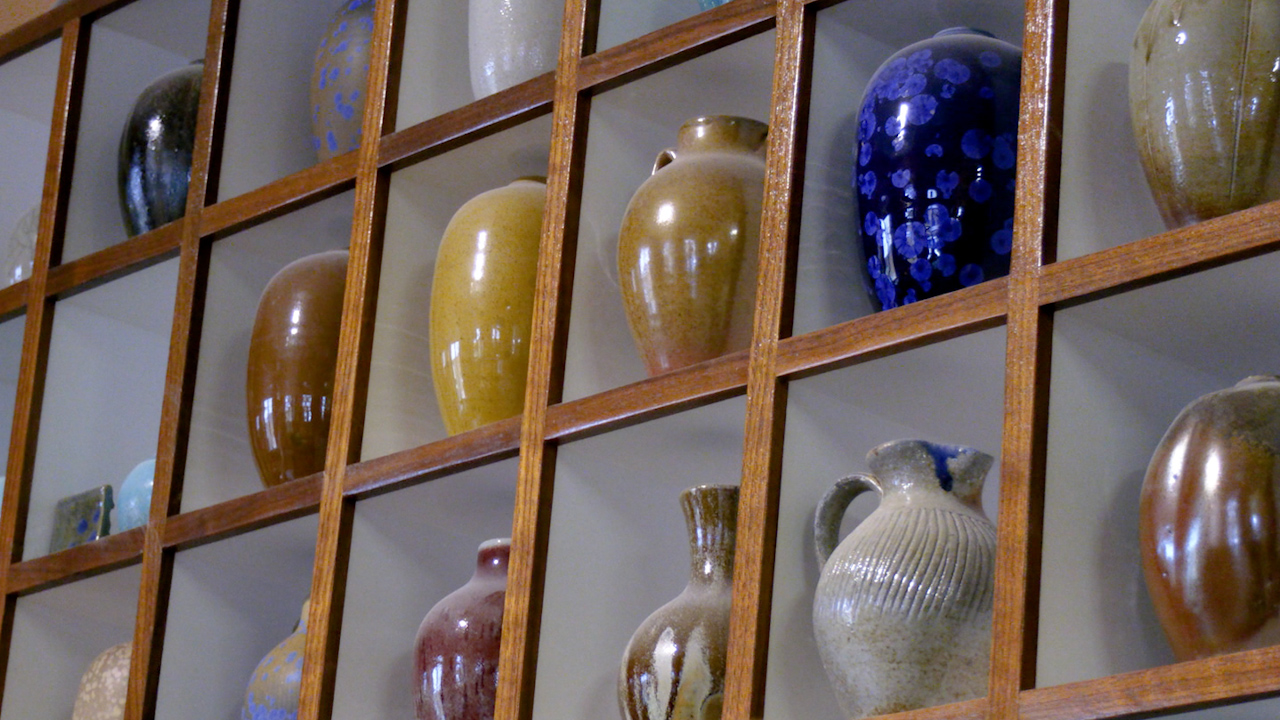 A portion of the gallery at Ben Owen III's studio.

"Somebody told us, that we've got a community of potters 9 miles away from here that make practical pottery," said McClosky. Famed for being the "Handmade Pottery Capital of the United States", Seagrove has become an international destination for those seeking authentic hand-crafted ceramics. 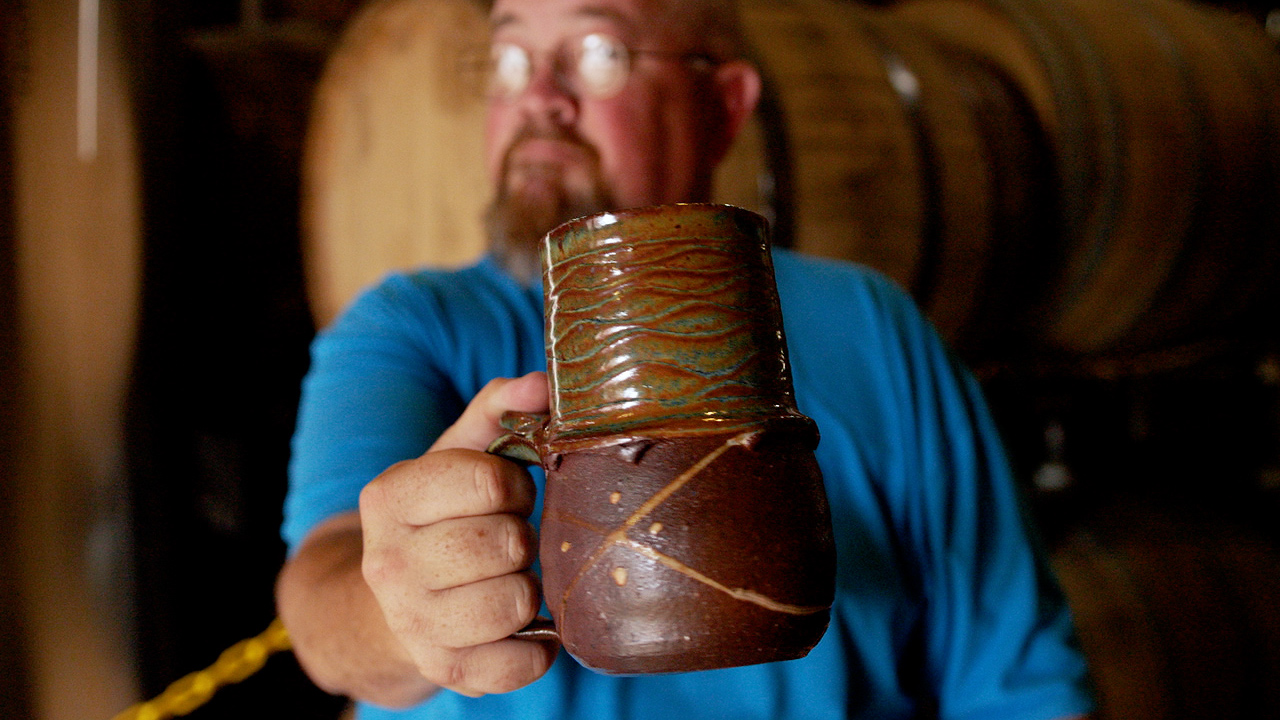 However, there's only one day a year where you can get the chance to lay your hands on these practical pieces of art. For the past six years, they've held a live Mug Club auction that raises money for local organizations that directly benefit the community. Including the Randolph County Honor Guard, Family Crisis Center, and Our Daily Bread Soup Kitchen. Held on the anniversary of the brewery's opening, this auction remains the only way for you to get a vessel added to the Mug Club Wall. 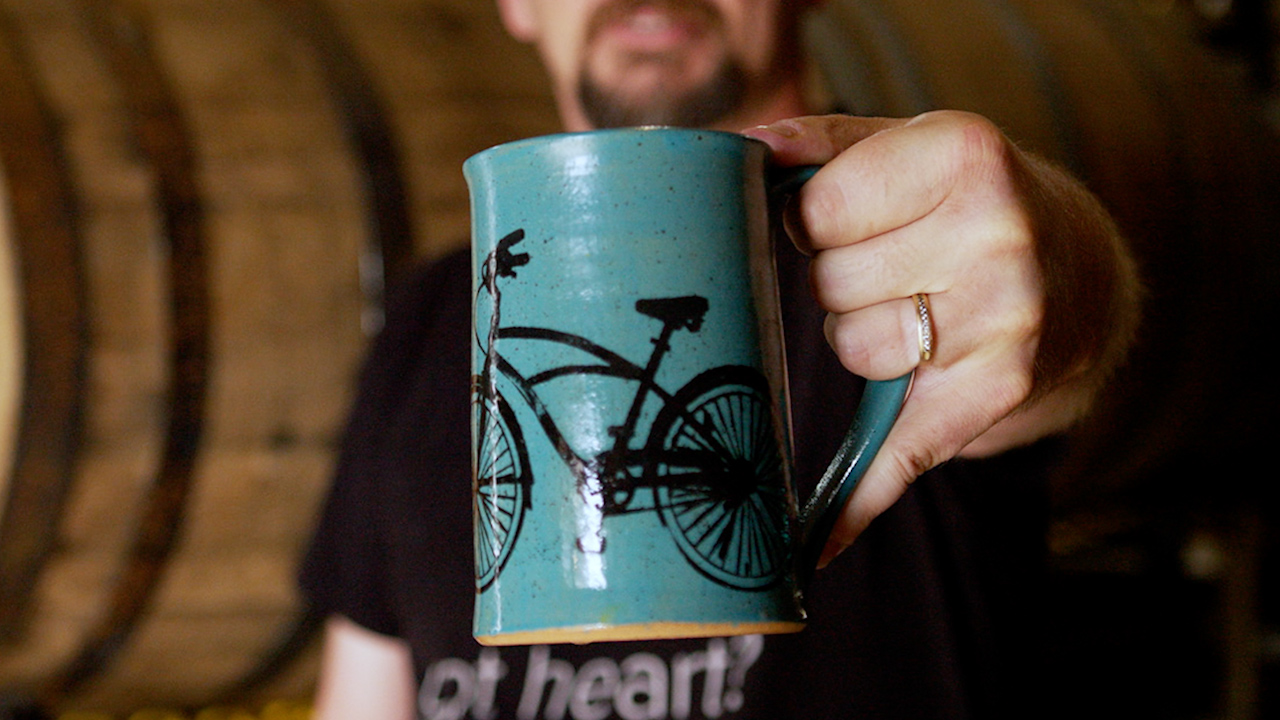