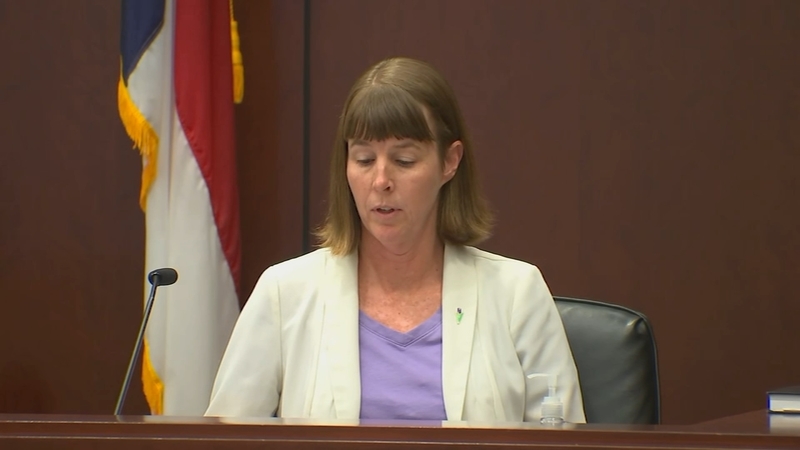 HOLLY SPRINGS, N.C. (WTVD) -- The prime suspect in a 2019 Holly Springs murder is expected to take the witness stand in his own defense.

The trial of Brian Sluss, who is accused of killing his girlfriend Monica Moynan, started two weeks ago. On Tuesday, the defense team was expected to call Sluss to testify but that didn't happen.

If Sluss takes the stand, it will be the first time the public has heard him speak since he became a suspect in Moynan's disappearance in 2019. Moynan's remains have never been found.

She testified to Moynan's shopping habits at a Holly Springs Lowe's Foods store as proof her EBT card/money was used after her death.

During her testimony, she said that from Jan. 22 through April 5, Moynan's EBT card and Lowe's loyalty card were always used together. However, there was a discrepancy on Jan 17 and then it changed altogether beginning April 7 to Monica's EBT card being used in conjunction with a Lowe's loyalty card belonging to Jarlyn Sluss, Brian's ex-wife.

She also noted that when Moynan shopped, she would consistently buy cat food, Pampers, baby food, and baby wipes and purchased these items in a habitual biweekly fashion. But beginning April 7, the shopping habits changed and those items were no longer being bought.

Nanny camera footage from July 19 shown to those inside the courtroom recorded Brian Sluss instructing his son to meet people outside their home to complete Facebook Marketplace transactions. At one point, he is heard on camera saying, "As soon as I tell you to come inside come back....they can see you, but they can't see me."

Other footage from the same day showed Sluss constantly pacing the home and checking the windows and locking the doors. He also placed an adjustable security bar under the doorknob to prevent it from opening.

And footage from the early morning hours of July 23 showed Sluss repeatedly punching a young girl, who appears to be one of his daughters, telling her to "wake up early."

Several people in the courtroom gasped when they saw that footage, which was recorded on the day the apartment manager was supposed to meet with Moynan after not having seen her in quite some time.

Moynan's best friend Alex Wilson testified earlier in the trial. She described Moynan as upbeat and loving but said she struggled with self-esteem and wanted out of her relationship with Sluss.

'She wanted to get away from him': Friend of missing Holly Springs mom delivers emotional testimony
EMBED More News Videos

Monica Moynan's best friend took the stand Thursday and said the missing Holly Springs mom came to her on two separate occasions saying she was choked and "almost died."