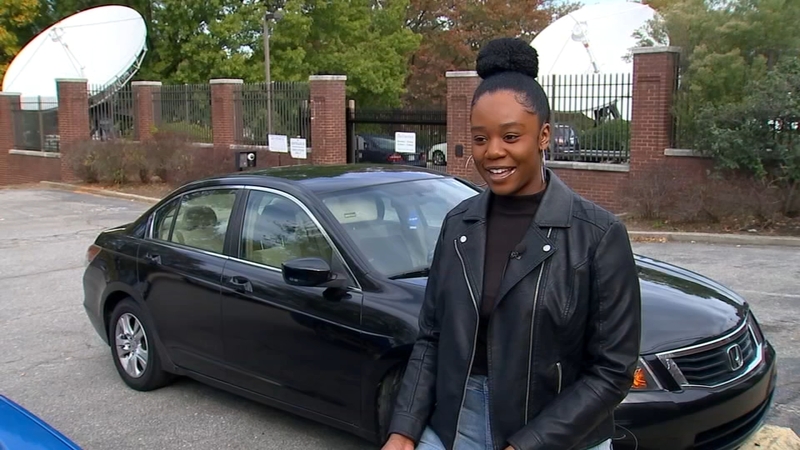 DURHAM, N.C. (WTVD) -- When you're in a car accident that is not your fault, who is responsible?

Recently, I've been hearing from more and more viewers who say despite not causing the crash, they still had problems getting the other driver's insurance company to cover the claim. Briana Troy says she fought to get her claim covered for nearly two years when it came to the accident she was in when another driver rear-ended her vehicle in October 2017.

Briana says she was stopped waiting to turn left when the driver behind her ran into her car.

Briana says the claim was denied. She didn't want to give up, so she went to businesses where the accident happened and was able to get this surveillance video that showed the accident.

Despite giving the insurance company this video, she said they still wouldn't cover the claim.

"I'm not going to try and go through my insurance, because I did nothing wrong," Briana said.

She turned to me, and I reached out to the other driver's insurance company, Progressive Insurance. It wasn't long after that call, that Brianna got the good news from Progressive that her claim would now be covered.

"I wouldn't have been able to do that without you," she said. "So thank you so much, like instantly, they started working with me, they called me, and I didn't have to chase them anymore."

The Troubleshooter Takeaways are when you are in an accident, take pictures and video of the scene and any damage. Also, make sure if a police report is filed, it's clearly stated who is at fault.