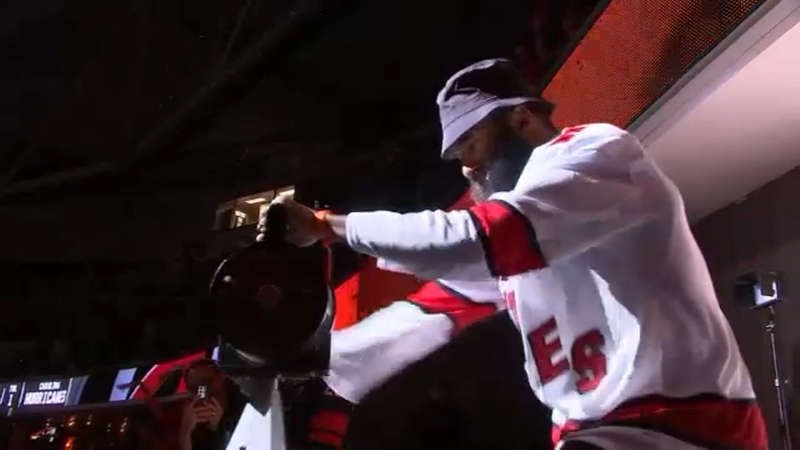 I think fans are more excited for this than they are the game 😂😅 #TheBachelor @mattjames919 pic.twitter.com/RiRmVCmgee

James, a Raleigh native, was in attendance with his mother Patty and girlfriend and former contestant Rachael Kirkconnell.

"There's a lot on the line tonight it's win or go home," James said. "I was hoping that Slavin would hear that and feel my energy. We need him on defense tonight."

James, who does appearances all across the country, said there's nothing like being back in Raleigh.

"We're back," James said. "This is Carolina love. I wouldn't expect anything less out of Carolina out of this fanbase. We need it going into Game 5."

James, who founded ABC Food Tours, has a big interest in giving back to the community, something he hopes to do more of this next year.

"There's a lot to come," he said. "We've had a lot of time to ideate around how to best service our students and hopefully partner with the Hurricanes and teams like that so expect a lot of things in 2022."

Named @DukeMBB coach and asked to sound the @Canes siren all in the same week? Busy times for @JonScheyer 😂😅 pic.twitter.com/XZ9Dcg1gwp