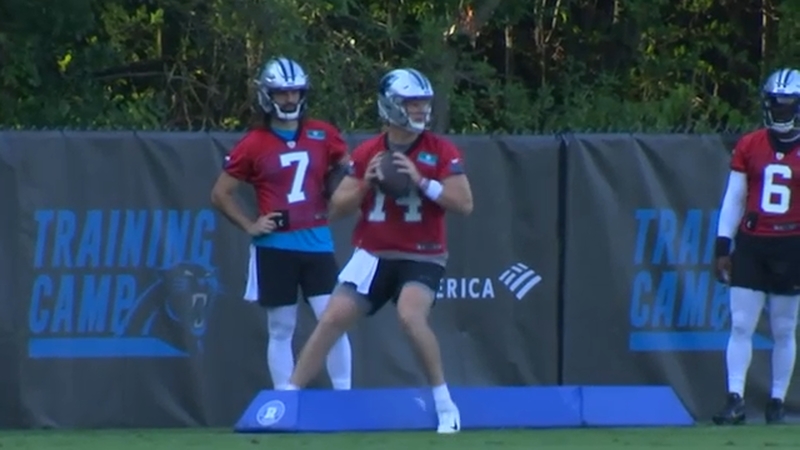 SPARTANBURG, S.C. (WTVD) -- Day one of training camp is in the books for the Carolina Panthers and there's optimism in the air in Spartanburg.

Of course, there wasn't a ton of competition on the field Wednesday morning as the players are yet to be in pads, but quarterback Sam Darnold was so excited to get to work he took the field 30 minutes early.

Though there is a lot to work on, Panthers coach Matt Rhule was pleased with the first day.

Rhule said the players feel a bit less anxious this summer after having one season in the books with the coaching staff and being here together at training camp will only push them closer together.

Anderson agreed the year spent under a new coaching staff has made for a different feel this season.

"Last year everybody met a coach through a screen and met each other through a screen," Anderson said. "We played a season together and had an offseason. It's a lot different."

Per the NFL, the first four practices are considered an acclimation period, which means the practices won't really ramp up until next week.