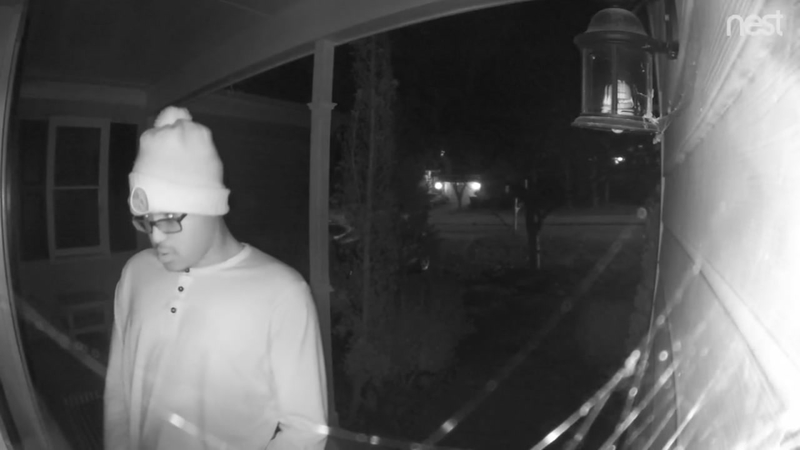 DURHAM, N.C. (WTVD) -- Woodlake homeowners in Durham are on guard after reports of someone urinating on front porches.

Wait... what? Man caught on home surveillance peeing on front porch, knocking on the door, then running away. @DurhamPoliceNC say it happened at 2 different homes in Woodlake neighborhood in recent days. They’re asking for help identifying the culprit. #ABC11 pic.twitter.com/FDcsc3PcqK

In one incident, a young man was caught on a home surveillance camera urinating on the front steps, knocking on the door, and running away.

Some neighbors think it could be a prank, but others are more concerned.

"It's someone who doesn't have respect for other people's property and just maybe a little bit mentally ill," said David Wait, who's lived in Woodlake for 25 years and doesn't recognize the culprit.

He's ordered a home surveillance camera since video of the disturbing incident first surfaced on the Nextdoor app.

Durham police told ABC11 they're investigating that incident and another just like it at another home in Woodlake from the night of Nov. 23.

They're hoping someone will recognize the man's face in the video. Investigators plan to charge the individual with vandalism.