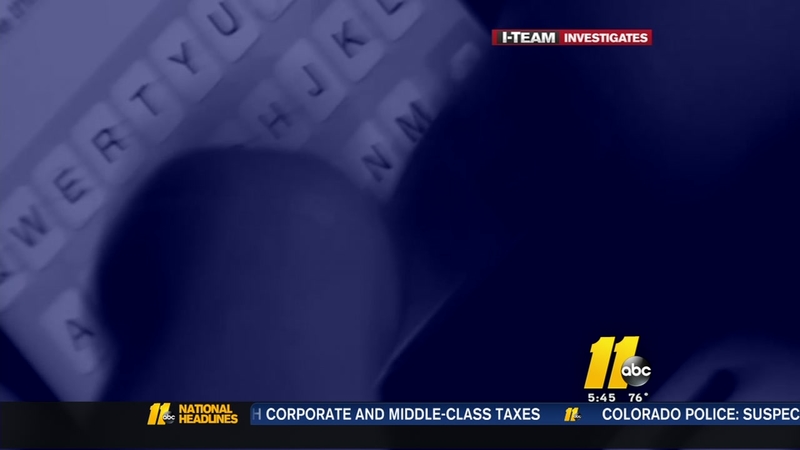 CHICAGO, Illinois (WTVD) -- We all have our own phone number, but do you really know where those digits have been?

For a 13-year-old girl in Chicago, the phone number she was given with her new cell lead to many graphic and sexual text messages.

And it's all because of her phone number, which used to belong to a prostitute.

The discovery was made by Monika Takahashi who got her 13-year-old daughter a new cell phone to keep in touch with her.

Shortly after getting the phone, Takahashi's daughter came to her about the disturbing texts she was getting.

Takahashi said the texts where like, "'Hey baby, how are you today?' Pictures of men's genitals. Asking where she was and where they could meet up with her tonight."

The phone was new, but Takahashi and her daughter quickly learned an escort named Pebbles had previously used the number.

They Googled the number and discovered ads connected to it.

Here is an example of some of the texts:

Sender: "Aren't you pebbles? I miss you. You r my momma."
Takahashi's daughter: "I am not pebbles! Who is this pebbles you speak of?"
Sender: "I use to go out with her to buy her clothes n stuff but she never gave me her real name..."

Takahashi added, "This isn't something that's going to stop as long as it's published here. I contacted T-Mobile and told them that they have given me a published number on these websites, and their response was basically that I should have been monitoring the phone a lot better."

T-Mobile did give the girl a new number, and told the I-Team, "There was no way that our store rep could have known when the phone number was issued that it previously belonged to a prostitute. No telecommunications company would ever be able to know that about a recycled phone number. This was a very unique and unfortunate situation."

T-Mobile added it can recycle a number 60 days after disconnection, but in big cities, it can be 30 days.

When it comes to other major cell phone providers:

Verizon Wireless said it retires numbers for a minimum of 50 days, and if a customer alerts them to an issue, they will remove the number from circulation for three to 12 months

A representative with Sprint tells me the company follows FCC requirements for aging numbers prior to reassigning them and ages its numbers for 90 days.

As for Takahashi, she said she is grateful her daughter quickly alerted her to the messages.

"It made me sick to my stomach.," she said. "It was absolutely disgusting to see that."

If your child has their own phone, experts said you should monitor texts and call history. Some phones will allow you to remotely view their texts.

There are also warning signs if your child has been affected by inappropriate texts or calls. You may notice they are more clingy, changes in appetite or sleep, or not wanting to engage in activities.

You should also always Google a new number, even search it in online classifieds, before you accept it.
Report a correction or typo
Related topics:
technologyillinoistroubleshooterprostitutiontextingcellphonepornography
Copyright © 2021 WTVD-TV. All Rights Reserved.
TOP STORIES
Mark Meadows to halt cooperation with January 6 committee
Amber Alert issued for 1-year-old Randolph County girl
Everyone should get tested prior to indoor gatherings, CDC says
Toyota to build lithium battery plant in NC
50 mutations in omicron could be its downfall, data shows
Why feds are warning it could take months to get a passport
Show More
Raleigh Police plan to crack down on speeding drivers
This day in history: Pearl Harbor attacked
CEO of American Airlines retiring
Durham, Zebulon make political history with new mayors
NC unemployment improving but businesses still struggle to hire
More TOP STORIES News