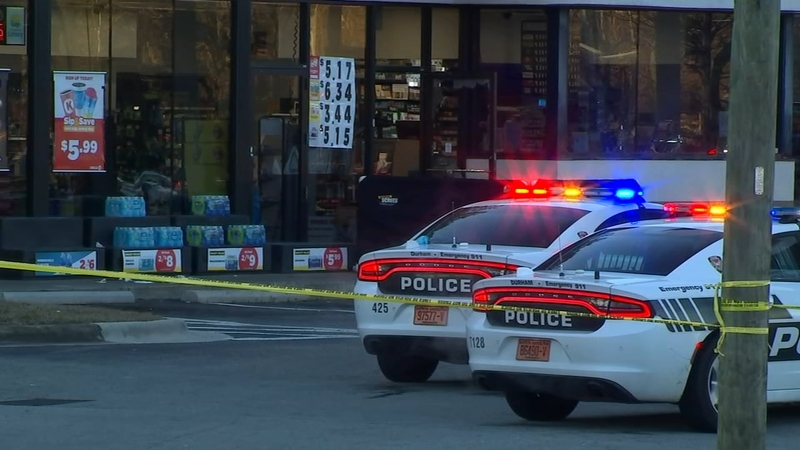 It began as police responded to a suicide attempt just before 3:30 a.m. at the Circle K on Highway 54, not far from Streets at Southpoint.

The 911 caller, Camara Turner, 31, told dispatchers that a man was in the store and was cutting himself in the neck with a bottle.

By the time officers arrived, the man, identified as 51-year-old Charles Walker Piquet, was on top of Turner and was stabbing the store clerk with a "sharp weapon.".

The convenience store's door was locked, so Officer R.V. Gamboa shot through the glass, striking Piquet. Officers entered the store and when Piquet ignored commands to drop the weapon, they fired more shots.

Piquet, of Chapel Hill, died at the scene. The clerk was taken to the hospital for treatment of serious injuries.

As is standard procedure, both Durham police officers are on administrative leave, with pay, pending an investigation.