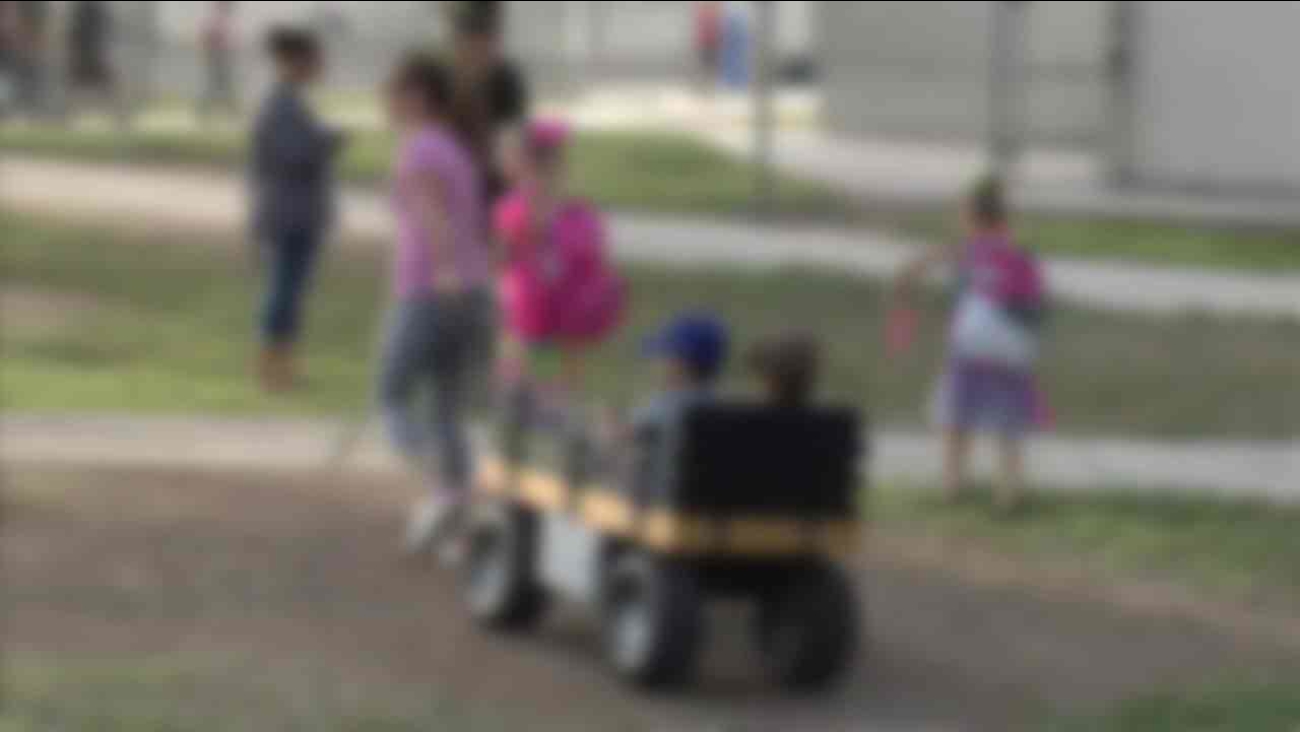 An undated photo of children playing on a school playground (KABC)

CHARLOTTE, North Carolina -- Police in Charlotte are investigating after officials at a local elementary school reported that a man came out of a home pointing guns when students threw rocks at the house during recess.

A pre-kindergarten teacher at Windsor Elementary School told WSOC that her students were out in the schoolyard at the time.

She said shock and fear came over her, and she brought the children inside while another teacher called 911.

The man was reportedly armed with two guns. The school was put on lockdown as a precaution.

Charlotte-Mecklenburg police officers investigated, but didn't make any arrests, according to WSOC.

Police said no crime was committed and they couldn't find the guns that were described by teachers.