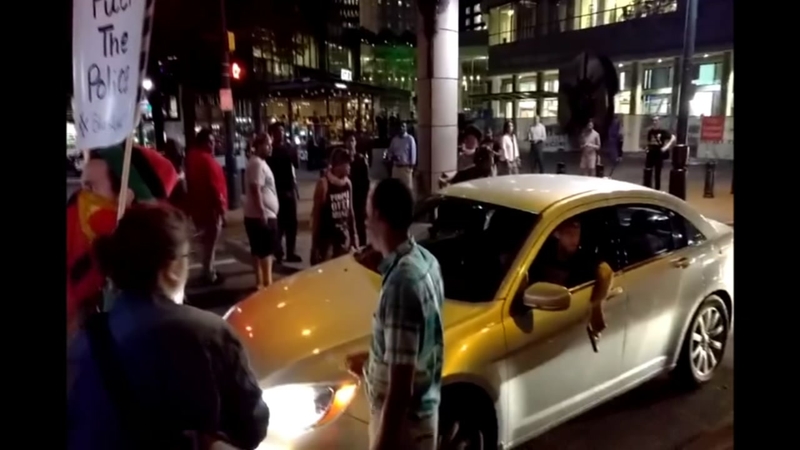 CHARLOTTE, N.C. -- Video recorded in Charlotte on the second night of protests appears to show a man brandishing a gun out of his car window.

The man is then seen opening the door of his vehicle before a nearby police officer on a bike urges him back into the car.

She explained that she had been marching with the protesters "when the man drove into the crowd, honking, and brandished his gun."

Head recorded more footage showing the car's progress in the crowd. At one point, a man gets out of the car and appears to confront protesters.