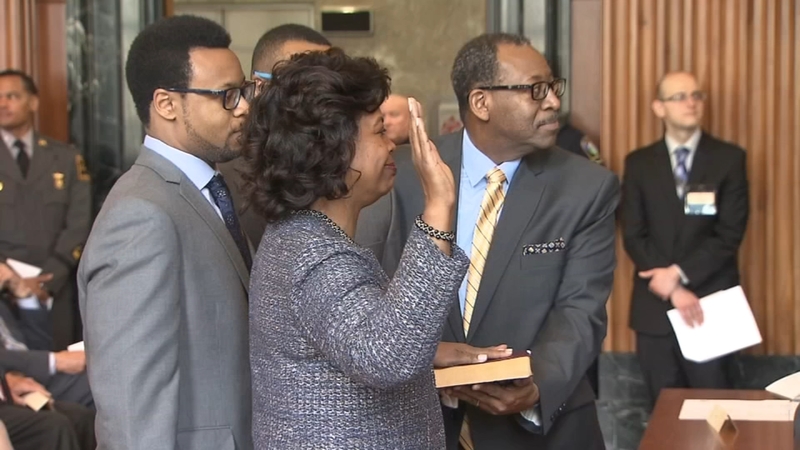 RALEIGH, N.C. (WTVD) -- Former North Carolina Chief Justice Cheri Beasley, who lost re-election by just 401 votes, is throwing her hat into the ring to be the next Democratic nominee for U.S. Senate.

She will join state Sen. Jeff Jackson and state Sen. Erica Smith in what's shaping up to be a really interesting contest. Beasley and Smith are both African-American. Just two Black women have served in the U.S. Senate, and with Kamala Harris's departure to become President Joe Biden's vice president, there are currently no Black women senators. Beasley is looking to change that.

Two other Democrats have also begun campaigning to fill the seat being vacated by Republican Sen. Richard Burr.

"I'm running to fight for the people of North Carolina," Beasley said in an interview. "I have run successfully twice, and people know me differently. I do have a very different record. I've been a judge for more than 20 years, and I've led a branch of government."

On the GOP side, Lara Trump remains a wild card that could shake up the race if she enters. Former Governor Pat McCrory and former Congressman Mark Walker so far are the only candidates officially in.

The 2022 election in North Carolina could be the most expensive ever for a Senate race. The seat is wide open from the impending retirement of Sen. Richard Burr.