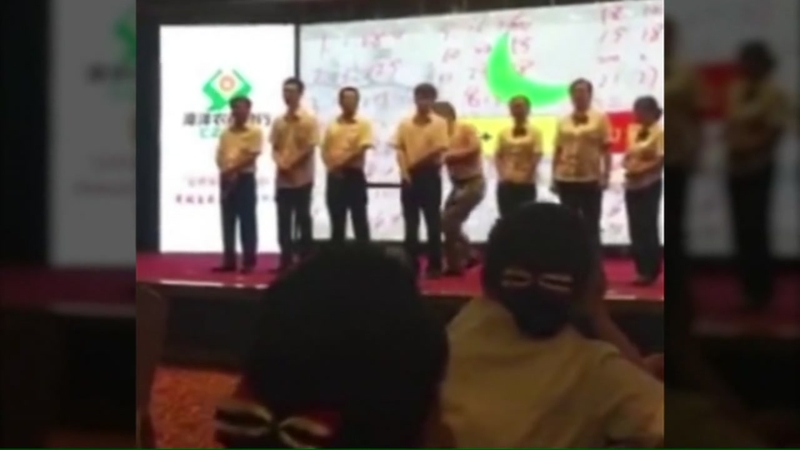 BEIJING, China -- A viral video out of China shows eight employees in Beijing being disciplined for their poor job performance.

And by disciplined we mean spanked - publicly spanked by their employer.

Someone in the crowd captured it all on cellphone.

The video shows a corporate coach from a bank with a wooden stick spank each employee four times while they stand on a stage.

One woman even loses her balance.

The people in the crowd can be seen turning their heads.

The coach apparently did this as a team-building exercise. He has since apologized, saying he's looking for some better "teaching methods."