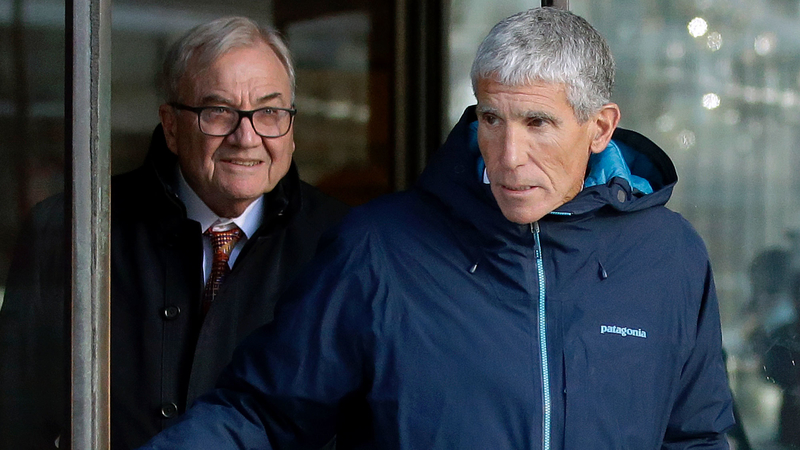 Families from China are alleged to have been the most lucrative clients of William 'Rick' Singer's growing college admissions scandal, in which he has admitted to taking tens of millions in parental payoffs to get wealthy children into some of the top colleges in the U.S, according to a source familiar with the ongoing probe.

One Chinese family allegedly paid Singer $6.5 million to get their child into a leading school, the source told ABC News, confirming an earlier report in the Wall Street Journal.

The scandal was exposed on March 12 when U.S. Attorney for District of Massachusetts Andrew Lelling announced charges against over 50 people, including many notable CEOs and actresses Lori Loughlin and Felicity Huffman. Singer, who ran a college counseling service called Key Worldwide Foundation, pleaded guilty to helping students get into their chosen colleges either by cheating on the SATs or ACTs or by falsely claiming some of the applicants were student-athletes.

The alleged $6.5 million payoff to Singer is by far the largest known to date among dozens of parents currently facing criminal charges as part of the investigation, dubbed "Operation Varsity Blues."

ABC News has the latest on Lori Loughlin and Mossimo Giannulli, who are charged in the college admissions scandal known as Operation Varsity Blues.

Singer accepted $25 million in bribes to carry out the cheating schemes, according to the indictment.

Another Chinese student's family paid Singer $1.2 million to get her into Yale University, according to court documents, which identify the student as "Yale Applicant 1."

The student was identified to ABC News by her attorney as Sherry Guo, 21, who moved to Southern California from China to attend high school in the U.S. Guo has not been charged in the scandal.

"She has a very unique case, so we'll see how this unfolds," attorney James Spertus of Spertus, Landes & Umhofer LLP in Los Angeles said in a statement.

"Ms. Guo was not familiar with how people apply to schools in the United States. She wanted to go to Columbia University or Oxford University. She didn't want to apply to Yale, but that was where Rick Singer had his connections so that's where he pushed her to apply, much to her disappointment. In China, students are told where to attend school. So culturally speaking, Rick Singer's instructions to her didn't seem as out of place as they would to a student who grew up in the United States and has more of an expectation of free choice. I just don't think the question of guilt is clear-cut in Sherry's case, at all."

He confirmed Ms. Guo moved to California from China to attend high school, and learned English after arriving in California about five years ago. He confirmed she attended JSerra Catholic High School in San Juan Capistrano, CA.

The Oscar-nominated actress Huffman was among those to plead guilty earlier this month in the scandal. She was charged with conspiracy to commit mail fraud and honest services mail fraud and faces a maximum of 20 years in prison.

"I am pleading guilty to the charges brought against me by the United States Attorney's Office," Huffman said in her statement. "I am in full acceptance of my guilt, and with deep regret and shame over what I have done, I accept full responsibility for my actions and will accept the consequences that stem from those actions."

Loughlin and her fashion designer husband Mossimo Giannulli have pleaded not guilty in absentia over the accusations that they paid $500,000 in bribes to get their two daughters designated as crew athletes despite never competing in the sport.