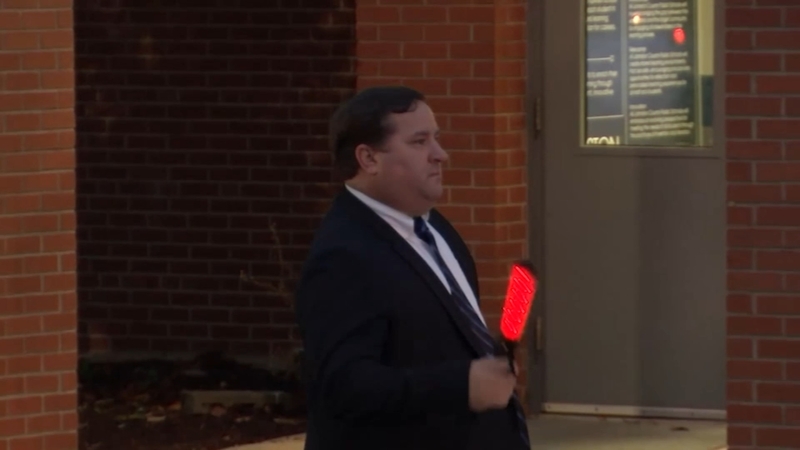 EMBED <>More Videos
CLAYTON, N.C. (WTVD) -- A popular principal is returning to his post at a Johnston County High School after being reinstated last week.

Dr. Bennett Jones' returns as principal of Clayton High School on Monday, a job he has held since 2016. A sign was posted along a nearby fence - "WELCOME HOME DR. J."

That’s the greeting ready for Dr. Bennett Jones as he returns as principal of Clayton HS after an investigation of alleged grade fixing prompted his reassignment to an alternative school. @ABC11_WTVD pic.twitter.com/uqWFlUsCzE

Many students, parents and community members called for Jones to be reinstated as Clayton's principal as they felt he was forced out. Jones was reassigned to an alternative school in August. The decision to reassign Jones came after an investigation into the eligibility of a football player and grade-fixing for other student-athletes.

The @coach_bjones statement on his return as @Clayton_Comets principal: “Thank you all for your professionalism in reporting this story and assistance this morning. I am excited to move forward and serve the CHS students, staff, and community.”@ABC11_WTVD

Johnston County Schools Superintendent Dr. Jim Causby decided to move Jones back to Clayton last week. Jones will be placed on probation during the 2019-2020 school year.