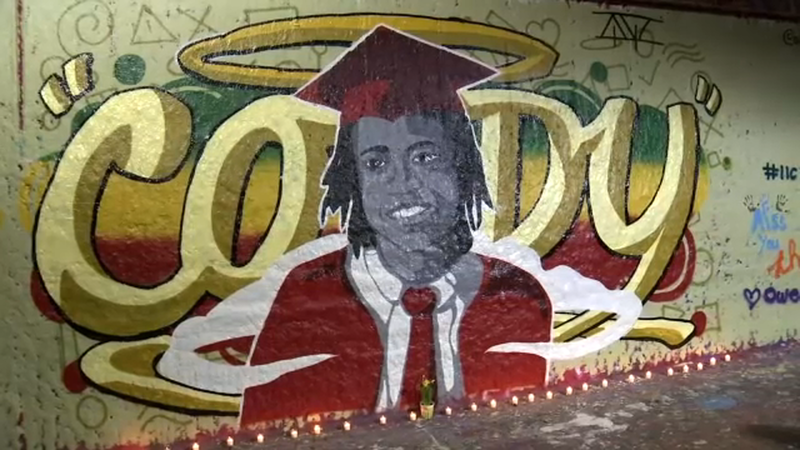 Cody McLaggan, 22, was killed February 18 in the parking lot of Food Lion on Western Boulevard near NC State. James Christopher Anderson, 19, has been charged with murder.

"I can't believe that he's gone quite honestly. He's been taken from us too soon, but I can honestly say that I've been deeply impacted by this man right here," Peter Cannata said.

A new mural was painted on the Free Expression Tunnel to honor McLaggan's life.

"I don't think I can ever describe how genuine and kind he was. When he asked you how you were doing or he spoke to you, he was truly speaking to you. And I just couldn't imagine losing such a nice person like him," Cannata said.