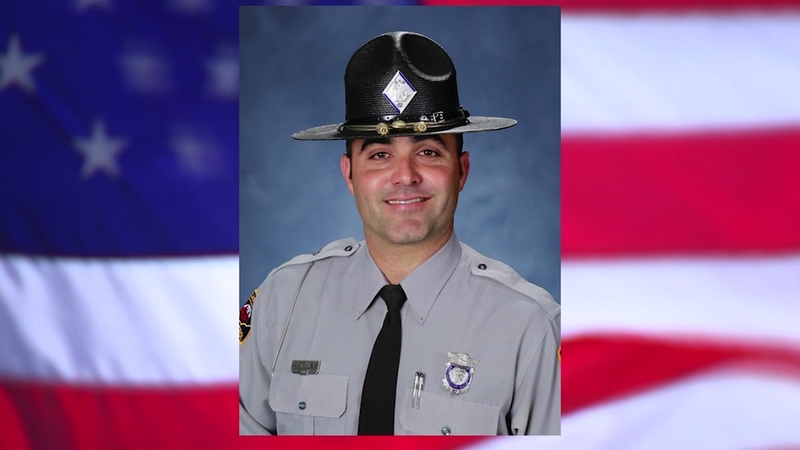 TABOR CITY, N.C. (WTVD) -- The community of Tabor City gathered on Sunday to pay their final respects to Trooper Kevin Conner, who was fatally shot during a traffic stop Wednesday morning.

If the number of people who attended trooper Kevin Connor's funeral services told you anything about him, it would be he was loved.

"It hurts. It hurts," said Gary Hooks who attended the funeral. "Kevin was a really special person. It's a job where you never know when you're going to get a call. Just like his wife did. "

Family, friends and law enforcement from the Carolinas, Utah, Texas and even as far as Alaska came to pay their respects to the hero who wore badge number B-551.

"His loss is going to be not just devastating to our organization but to the community," said First Sergeant Michael Baker. "He was an awesome father, awesome husband and awesome friend. That's the hardest part."

The North Carolina Troopers Association's Caisson Unit escorted the body of the fallen officer in as hundreds watched. The car trooper Conner spent countless hours in every shift sat parked outside, draped in purple and black bunting in his honor.

"Just like Kevin, he never thought the other night would be his last. Nobody did," said Hooks.