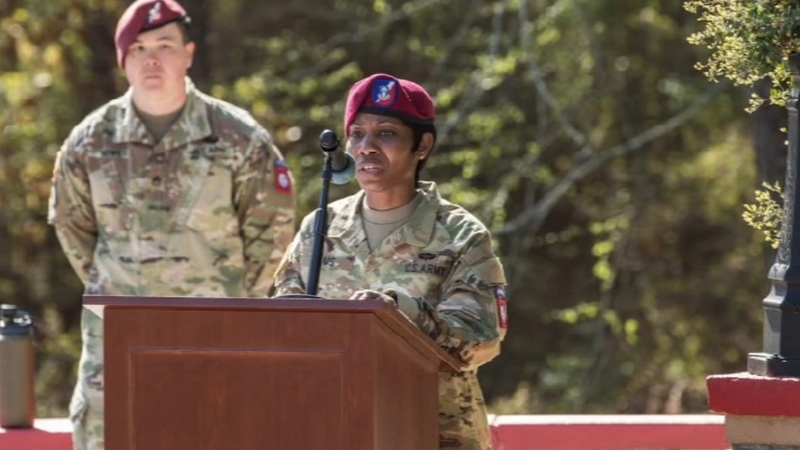 Sims is the first African American woman soldier to serve as the Command Sergeant Major within the division. She is also the highest-ranking enlisted person in the 82nd Sustainment Brigade.

The Army said the change comes to "promote diversity and inclusion."

Just last year, a Fort Bragg soldier became the first woman to join the ranks of the Green Berets.

In late February, the Army relaxed restrictions placed upon women which allowed them to wear nail polish, lipstick earrings and "more natural hairstyles." The change in guidelines came less than a week after the U.S. Air Force announced similar changes.