As Bloods gang trial continues in Raleigh, some former members working to repair the damage 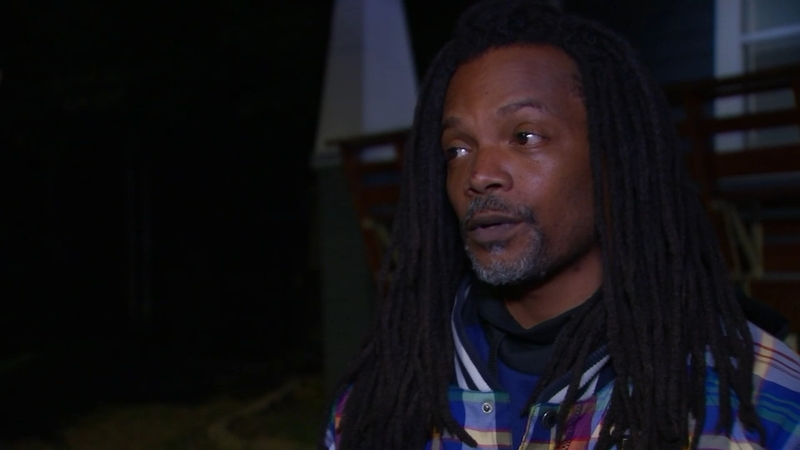 RALEIGH, N.C. (WTVD) -- To hear federal prosecutors tell it, the Bloods gang members on trial at the federal courthouse terrorized southeast Raleigh for years with unspeakable violence, drug money that was hard to pass and little way out.

ABC 11 spoke to people Friday night, who did make it out of that life in southeast and are determined to help others to do the same.

Inside the federal trial, prosecutors are painting a vivid and disturbing picture of gang life on the city's southeast side a decade ago. Ten gang members are indicted; all affiliated with the notorious Bloods set. They're described in court documents as running a sophisticated criminal enterprise centered around Haywood Street; financed with cash from cocaine and marijuana; and enforced with extortion and murder.
The two alleged ring leaders are charged in two killings -- including the 2009 murder of 18-year old Rodriguez Burrell.

"When Rodriguez Burrell was killed, that's when I got involved. And I didn't even know that that was that type of life," said community advocate Diana Powell.

"It was vicious. It was sad," Powell said. "(The gangs) found a way to glamorize that lifestyle. Money, power and respect. That's what they were looking for."

31-year old Brandon Anderson, a former Bloods member, doesn't know the gang members on trial in Raleigh. He spent most of his 20's in state prison on drug charges and attempted murder. But this now-married father of three often tells Powell that he never wants to be called a gang member again.

As the Bloods gang trial ends its first week at the federal courthouse in Raleigh, we’re talking to former members about how they made it out alive and turned their lives around. #abc11 pic.twitter.com/VKn9yGNcVO

"Why I joined a gang? Really was because everybody around me was doing it," Anderson said. "(My message) for the kids and different people of this generation is it ain't worth it. I can tell you the way it ends and it's no good."
William Dunn now owns his own house painting business in Raleigh after serving twelve years in state prison for murder. The 43-year old grew up in southeast before gangs were a thing here. But knows the lifestyle.

And so all of them, in their own ways, are giving back that so others can make better choices: Powel's gang intervention efforts, Dunn mentors youth, Anderson organizes an annual blanket drive for the homeless.

"Once the young guys can see, 'Hey, he used to be a bad guy, my uncle knows him' then you can start to see young guys start to say, 'Hey I can do it.'"

Powell adds, "(They) got to a point in their lives they felt like they don't want to do this anymore. They wanted to come out and say, 'If I was a part of messing it up; I want to be a part of cleaning it up.'"