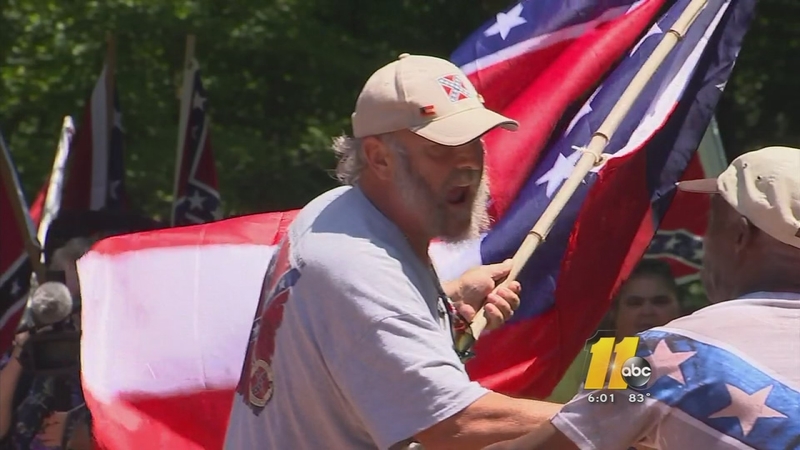 HILLSBOROUGH, N.C. (WTVD) -- There were dueling rallies and verbal sparring over the future of the Confederate memorial in Hillsborough on Saturday.

The Southern Heritage Ride and Rally was thought to draw as many as 1,500 people downtown in support of the Confederate flag.

The rally has a lower attendance than anticipated, with about 500 to 600 people. http://t.co/5oZaxKIVpT

Organizers decided to hold the rally after the town board began to take steps to potentially remove Confederate sign from the Orange County Historical Museum.

"We can't have nothing in the South no more," said one attendee.

Confederate supporters rolled into town and rallied. They proudly flew the flag and said it simply honors their heritage.

"If one stupid person wants to use our flag for their hatred, their own purposes...that's not our fault," one woman said to the crowd.

Another group came out in protest and condemned the flag, saying it does represent racism.

"All you do is Google 'KKK,' and what flag do you see?" asked Felicia Wright. 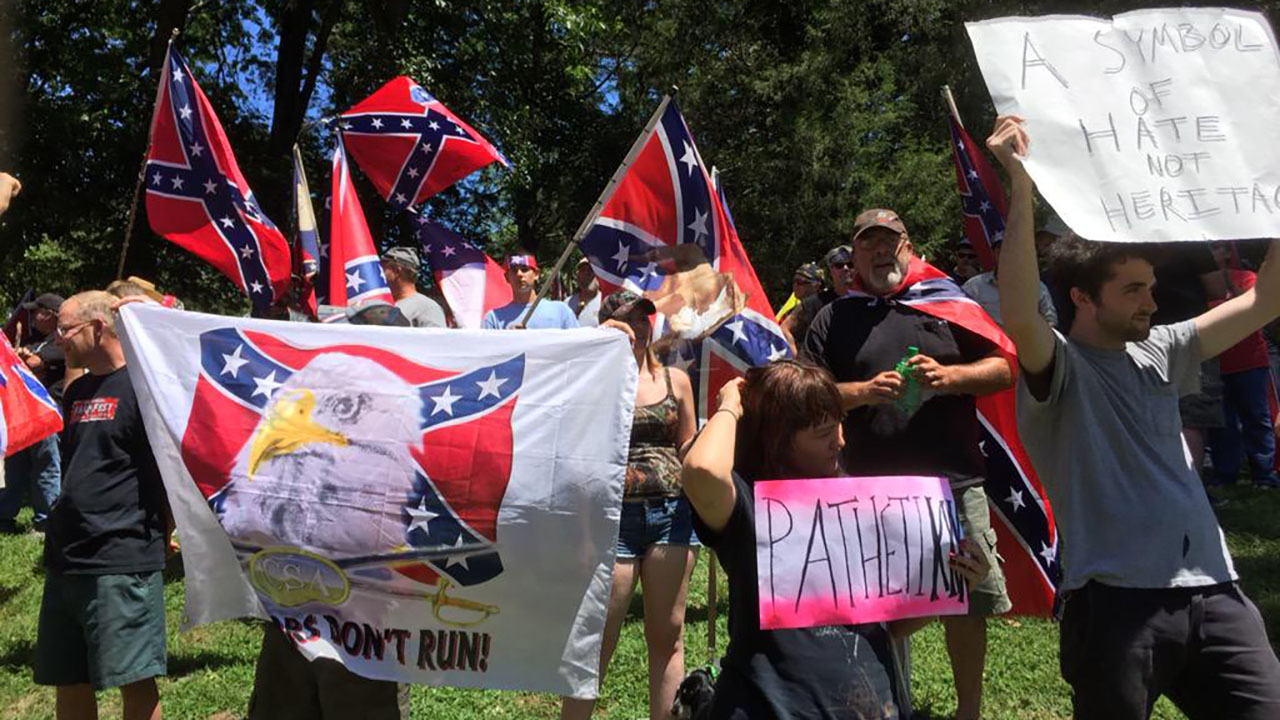