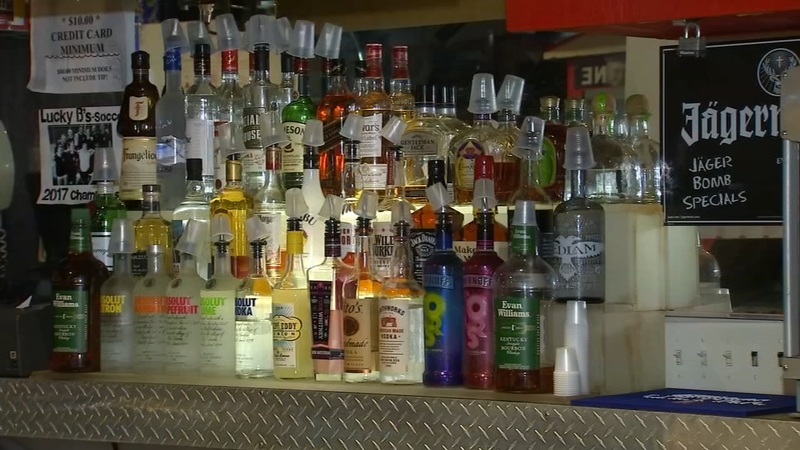 RALEIGH (WTVD) -- Stand-alone bars have been closed for more than 80 days. No revenue is coming in and employees aren't being hired back.

Lucky B's owner Mike Lombardo has set up patio furniture outside his place and created social distancing spaces where folks can sit outside. He even installed sneeze guards at his main bar, yet if he opens his doors, he'll be violating state COVID-19 regulations

SEE ALSO: Why bars with outdoor seating are also not allowed to reopen

Lombardo is exhausted and still feels blindsided. Bars were initially expecting to be lumped in with restaurants, which would've allowed them to reopen with restrictions in Phase 2. But that didn't happen.

His liquor is sitting on shelves and beer bottles have gone untouched. Meanwhile, many other establishments are serving spirits.

"(I) can sit in Applebee's and drink all night if I wanted, but I can't come here and do it," said Lombardo.

There are plenty of places to grab a drink these days:

Compass Rose Operations Director Justin McConkey says business has been good since they were allowed to reopen.

Lawmakers on Jones Street are considering legislation to help Main Street. The Senate is planning to vote on a bill that includes a bar reopening plan.

Governor Roy Cooper is giving no timetable for when bars will be allowed to reopen. He has said the metrics are just not there yet to allow him to bring everything back online.

Lombardo says the longer this goes on , the more unsure he is about the industry's future.

"I don't know how people are going to survive. I don't know. It's ridiculous," he said.

Some places are finding ways to bring in a sliver of revenue during the shutdown. The Haymaker is selling bourbon cocktail kits. Buying one of those is a way to support the struggling establishments.

A 17-point, detailed plan was not enough for Governor Cooper's office to consider allowing dozens of bowling alleys across the state to reopen.