Woman who became ER nurse after 9/11 gets vaccine, talks working during COVID-19 pandemic 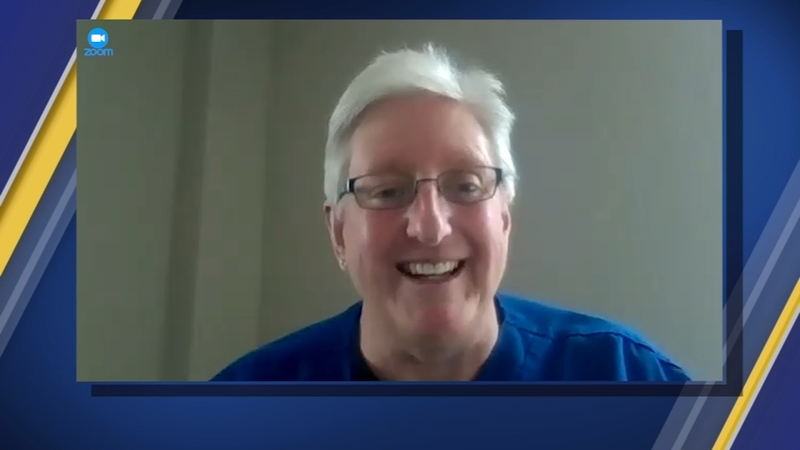 Duke ER worker, who became nurse after 9/11, gets vaccine

RALEIGH (WTVD) -- Like so many Americans, the September 11 attacks had a profound impact on Marge Huffman.

"I was on the phone with somebody from New York trying to fix a server and they said they had to leave because a plane hit (the World Trade Center)," Huffman said, adding the client worked in a nearby building.

The moment led her to re-evaluate her 25-year career in the computer industry.

"When 9/11 happened, I felt so helpless. So I pursued my dream. I became an EMT with Clayton EMS, and from there I applied to nursing school as an expensive midlife crisis. And I became an emergency room nurse. I wouldn't change a thing. I love it," said Huffman.

She is now an ER nurse with Duke Raleigh, responding to another emergency situation: the COVID-19 pandemic.

Huffman received the COVID-19 vaccine on Thursday, and is not feeling any side effects. She's aware that it will take several months until there is enough vaccine to distribute to the general public.

"Wear your mask, wash your hands, use hand sanitizer, keep doing what we're doing. And don't go out in large groups without a mask on," Huffman said.

She believes the ER is busier now than at the peak this summer, an observation also shared by WakeMed Hospitals President and CEO Donald Gintzig during a roundtable Thursday morning.

Like in the immediate aftermath to the September 11t attacks, Huffman is hopeful that people will pitch in and aid each other now, when there are record-setting case numbers, hospitalizations, and deaths in several states including North Carolina.

"I've never experienced anything like this. I don't think any of us really have. 9/11 was in 2001, and a lot of people have kind of forgotten that we (came) together as a nation to just help each other," Huffman said.