2 killed, 2 injured in head-on crash on I-40 W near Wade Avenue in Raleigh 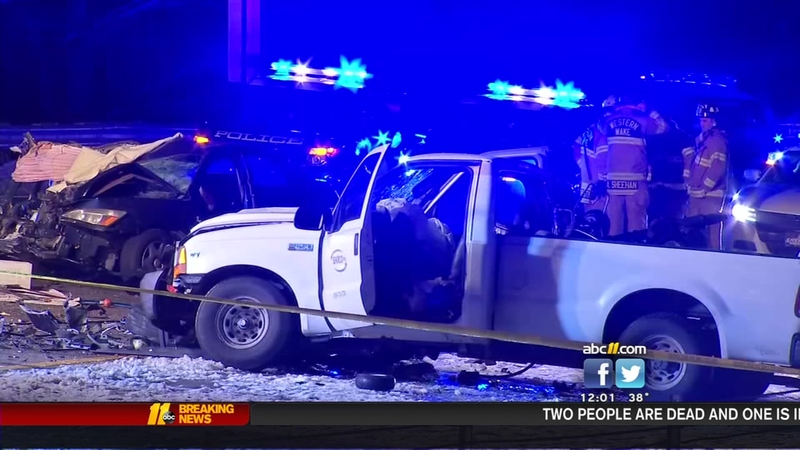 New Keyword2 killed, 2 injured in head-on crash on I-40 W in Raleigh

RALEIGH. NC (WTVD) -- Two people have died and two others are injured in a multi-vehicle crash on I-40 in Raleigh.

Police said the incident happened around 11:30 Thursday night on I-40 West near Wade Avenue.

Four people traveling eastbound in the westbound lane of I-40 struck a pickup head-on.

Officers said two people were pronounced dead and the other two were transported to WakeMed's Trauma Center.

As for the driver of the pickup, authorities said he walked away with only scratches.

The man, an employee of Barco, was on his way to Durham in a company truck to spread ice melt in parking lots when he was hit, his boss, Tina Barbour, said.

Barbour said the man was "scared to death" and "shaken up."

Authorities have not released the identities of those involved.