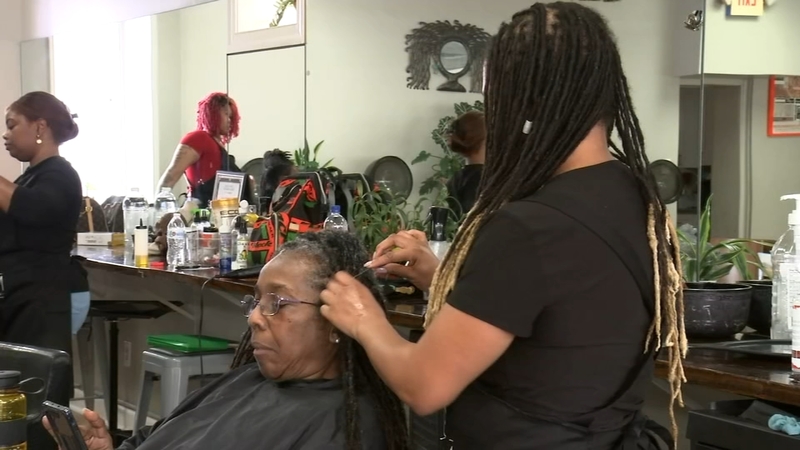 "I came in to have my hair retightened. I come in every eight to 10 weeks," said Williams.

For the 64-year old, natural hair used to be a sensitive subject. She shared comments her colleagues made in reference to her hair many years ago.

"They approached me and said they didn't like the style. I said well, that's too bad. I do. They never said anything else again after that, but I was taken aback," she said.

The U.S. House passed the Crown Act. The legislation bans discrimination based on one's hair texture or hairstyle in employment, public accommodations and housing. For example, the bill highlights "a hairstyle in which hair is tightly coiled or tightly curled, locs, cornrows, twists, braids, Bantu knots, and afros."

"It is giving women their power back to embrace their curls and natural journey," said loctician Maya Anderson.

According to Anderson, after the murder of George Floyd, demonstrators took their pain to the streets, but she also noticed a quiet movement brewing: more black women rejecting a European model of beauty.

"I feel like black women have said enough is enough. I'm going to do what I want to do for my mental care for my self-awareness. Just to live and not have to be in fear of what others will think because of what my hair looks like," she said.

For Anderson and her client, the Crown Act is confirmation of a more inclusive society. They're watching as more women of color rock their natural hair on national stages.