It happened Saturday in the Angier area on Massengill Pond Road. Troopers said 50-year-old Donnie Marie Williams of Angier was traveling north near Sue Drive when she hit a group of bikers while trying to pass them.

Lawrence told ABC11 after the crash that he didn't hear the car coming up behind the group and didn't see a car coming the other way.

The day of the crash, Williams told ABC11 she tried to pass the group, but there was a car coming in the other direction and she turned back into the cyclists.

Investigators said the bikers were riding in a single file and were wearing reflective clothing. 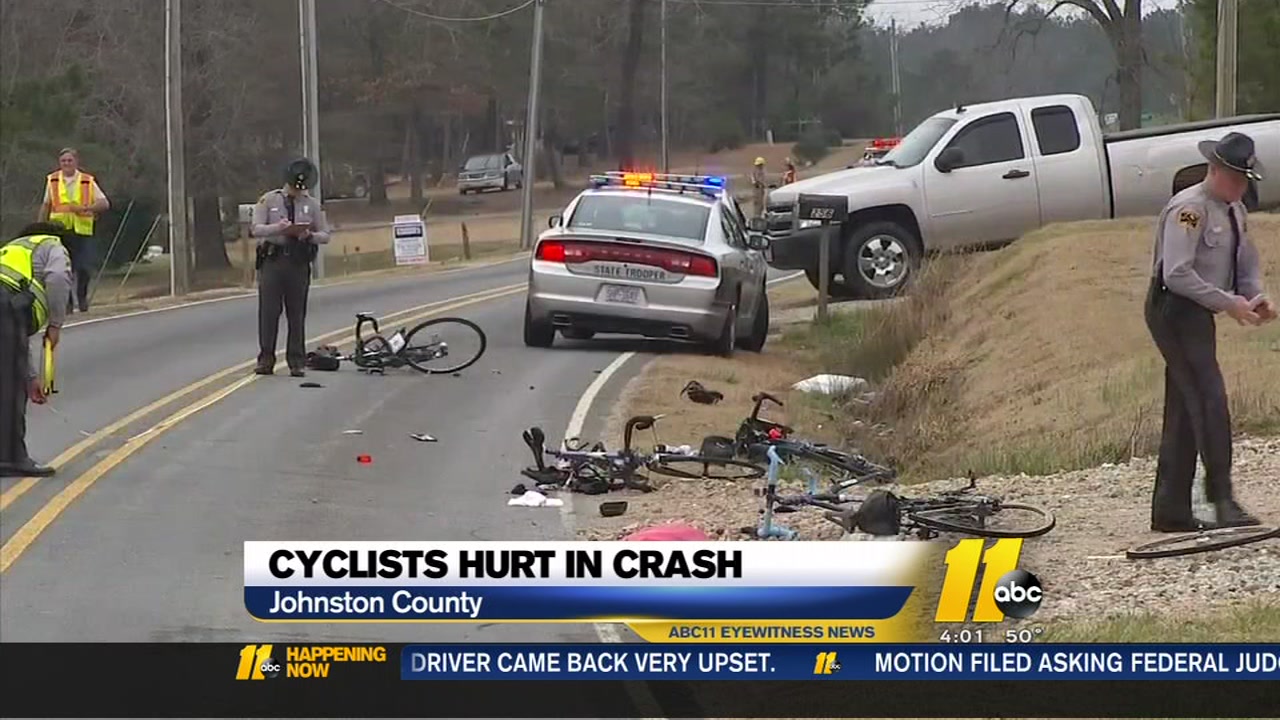 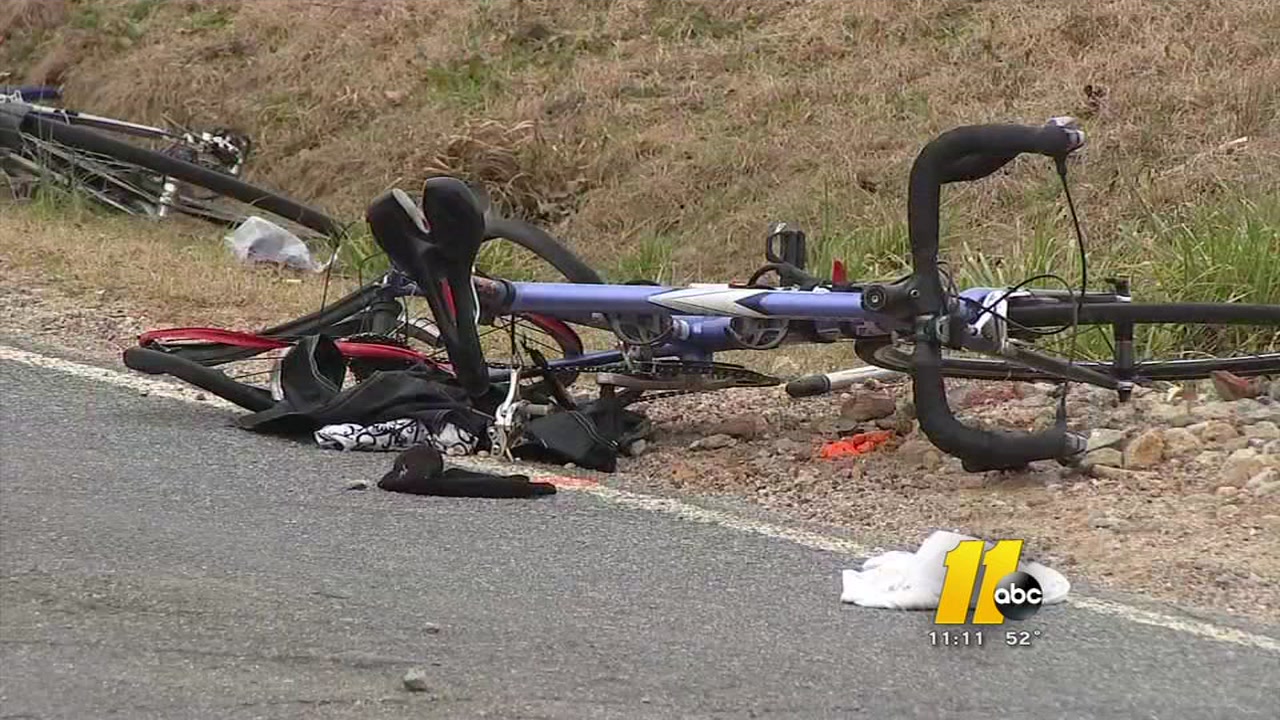 Cyclists in hospital after being hit by car in Angier