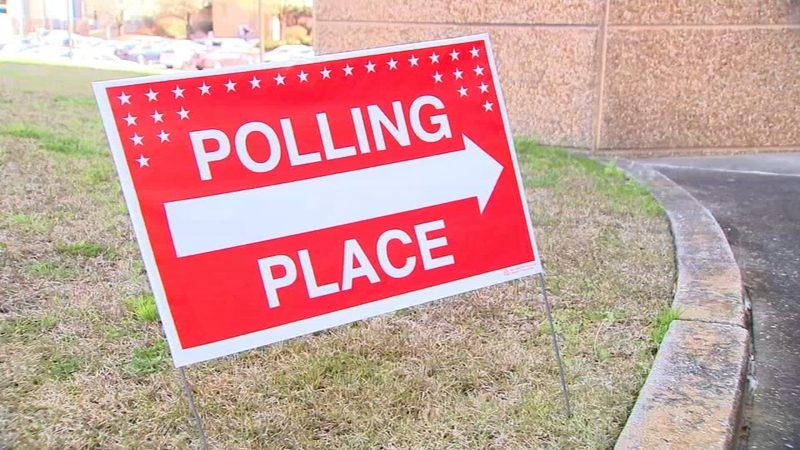 RALEIGH -- North Carolina has failed to change its election laws to ensure that voters can safely cast ballots during the COVID-19 pandemic, voting rights advocates claim in a federal lawsuit.

The nonprofit Democracy North Carolina and the League of Women Voters of North Carolina sued Friday on behalf of several elderly or disabled residents whose medical conditions make them more vulnerable to coronavirus.

The lawsuit alleges that several aspects of North Carolina's absentee vote-by-mail requirements are unconstitutional because voters will have to risk exposure to COVID-19 to successfully vote.

For example, mail-in absentee voters are required to complete the ballot in the presence of two witnesses or a notary. State law also requires voters to submit their registration applications at least 25 days before the election or else register in person at an early voting site, the suit notes.

"As a result, millions of North Carolinians will likely either lose their right to vote or be forced to compromise their health in order to access the franchise," the suit says.

The state Board of Elections and other state officials are named as defendants in the suit.

Plaintiffs' attorneys are asking the court to declare that the state's requirements are unconstitutional, to extend registration periods, to allow contact-free absentee voting and to expand voter education.

In a separate lawsuit earlier this month, voters backed by Democratic legal groups sued North Carolina to loosen rules around mail-in ballots, The News & Observer reported. In response to that lawsuit, a spokesman for North Carolina Senate leader Phil Berger, a Republican, accused the groups of "taking a hatchet to elections' confidence, security and validity."

On Saturday, the North Carolina Department of Health and Human Services reported the state's highest one-day number of laboratory-confirmed COVID-19 cases. The 1,107 cases reported on Saturday are a "notable and concerning increase," department secretary Mandy Cohen said in a news release. The department said state epidemiologists were analyzing the data "to determine if there were any significant contributing factors."