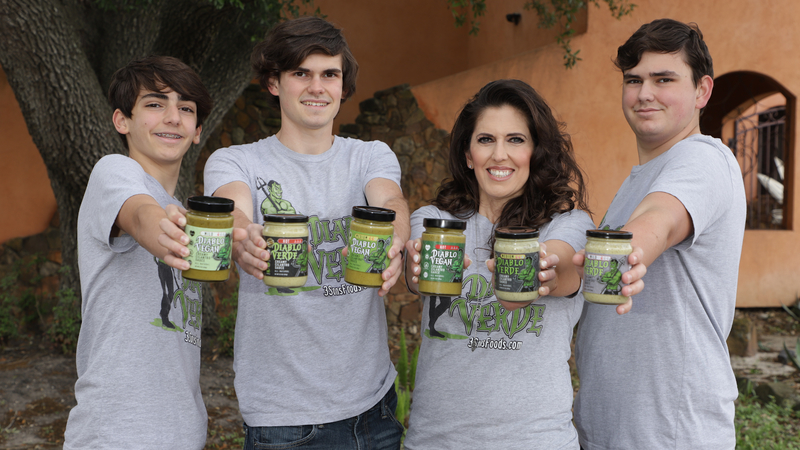 KATY, Texas -- A family from Katy, Texas, is turning their recipe for creamy cilantro sauce into big business. But they are also raising money for a very important cause.

Traci Bourque-Johansson and her teen sons Ayden, Luke and George, used to give the jarred sauce away to teachers and neighbors as gifts. Luke, who loves animals, decided one year that he wanted to raise money to save rhinos from extinction in lieu of receiving gifts. Then he decided he wanted to do more and the family's 3SonsFoods business was born.

At first, twelve H-E-B stores began selling their brand. Then in 2019, the family was selected as Grand Champions in H-E-B's Quest for the Texas Best competition and won $25,000 along with featured placement in H-E-B stores throughout the state as a Texas Best Primo Pick.

Since then, Diablo Verde has expanded into over 500 stores across the nation, including Wal-Mart, and two stores internationally. The Johansson family also launched a new vegan line, Diablo Vegan, which supports wolf conservation efforts at St. Francis Wolf Sanctuary in Navasota, Texas.

Both Diablo Verde and Diablo Vegan some in mild, medium and hot and are all-natural and keto friendly.